The special edition is available only with a 2.4-litre diesel engine paired to a 5-speed manual gearbox 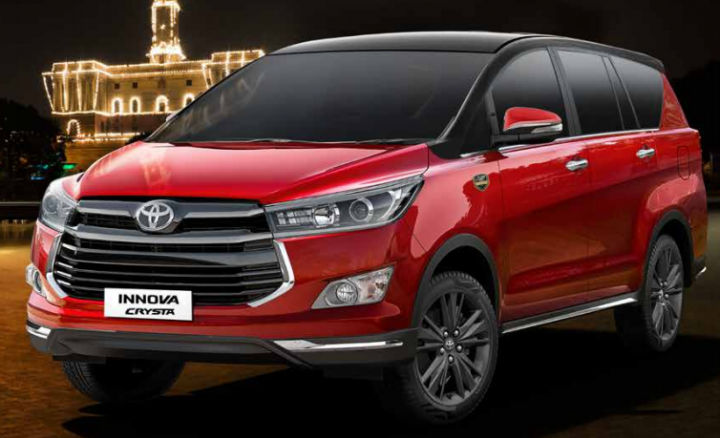 Our last brush with the Toyota Innova Crysta was when it got the BS6 update and lost its 2.8-litre diesel engine. The Innova was first launched in India in 2005, making it 15 years old. Celebrating this landmark, Toyota has launched a special Leadership Edition Toyota Innova Crysta in India priced at Rs 21.21 lakh.

The Leadership Edition comes only in one trim - VX 7-seater with 2.4-litre diesel engine mated to a 5-speed manual. The special edition is not available in any other variants or with the petrol engine option. There are also no mechanical changes to the MPV whatsoever.

However, there are various cosmetic changes starting with two dual-tone colour options: white pearl with black roof and wildfire red with black roof. Other changes include a fender badge, front grille garnish, blacked-out alloy wheels, rear spoiler, side, rear and front skirts. It also gets subtle changes to the cabin in the form of a special badging on the seats.

Since it is based on the VX trim, the Leadership Edition features all the essential kit while also gaining a 360-degree camera and auto-folding ORVMs. As mentioned, under the hood will be the 2.4-litre diesel engine good enough for 150PS and 343Nm of twist. This engine will come solely mated to the 5-speed manual gearbox in the Leadership Edition.

Although the Innova has enjoyed immense success in India over the course of 15 years, the recently launched Kia Carnival will definitely pose a threat to Toyota. The carmaker is demanding a premium of Rs 62,000 over the standard VX trim for the new special edition.