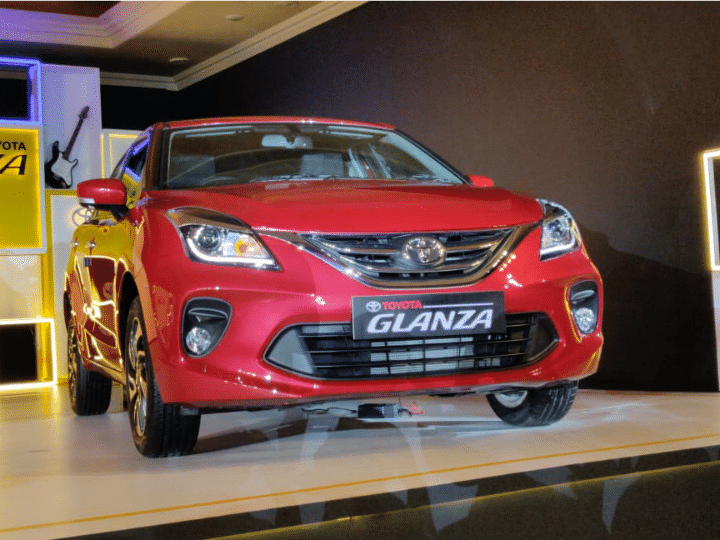 Toyota has launched the Glanza in India with prices starting from Rs 7.21 lakh (ex-showroom, Delhi). The hatchback is available in two variants - G and V - and will be available with two petrol engines from the Baleno. It is priced from Rs 7.21 lakh to Rs 8.90 lakh and will rival the likes of  Honda Jazz, Hyundai Elite i20 and the Volkswagen Polo and its identical twin - the Maruti Suzuki Baleno.

Here’s a detailed look at the prices:

As you can see from the table above, all varaints of the Glanza except the Smart Hybrid are priced on par with the Baleno, which is quite a pleasant surprise. Meanwhile, the G MT variant of the Glanza undercuts the respective Baleno Zeta Smart Hybrid by a staggering Rs 65,000! However, these are introductory prices and could go up later.

The Glanza is a rebadged version of the Maruti Suzuki Baleno. Both these cars are also made at the same Maruti Suzuki plant in Manesar. Toyota, at the least, could have made some changes to the hatchback. Instead what we get is the Baleno with a fancy new name and a Toyota Badge. A revised front grille and different monikers are the only difference between both these cars. The Glanza comes with a 3-year/1-lakh km warranty as opposed to Baleno’s 2-year/40,000km warranty. Also impressive is the Glanza's extended warranty which is offered upto 5 years/2.2 lakh km (including the standard warranty).

Powertrain options include a 1.2-litre petrol mild-hybrid option that makes 90PS and 113Nm and a 1.2-litre petrol engine that produces  83PS and 113Nm. The mild hybrid option is only available with the base-spec G variant paired with the manual gearbox. The naturally-aspirated engine is standard on the top-spec V variant. Transmission options include a 5-speed manual and a CVT gearbox and both engines are BS6 compliant.

The Glanza is available in five shades - white, red, blue, grey and silver. Which is again the same colour pallette available with the Baleno. Despite not featuring any significant changes with respect to the Baleno, Toyota's decision to keep the prices competitive (and lower in case of the Smart Hybrid variant) should bode well for prospective buyers.