Here is how the Glanza with the 1.2-litre Smart Hybrid motor performs out on the road 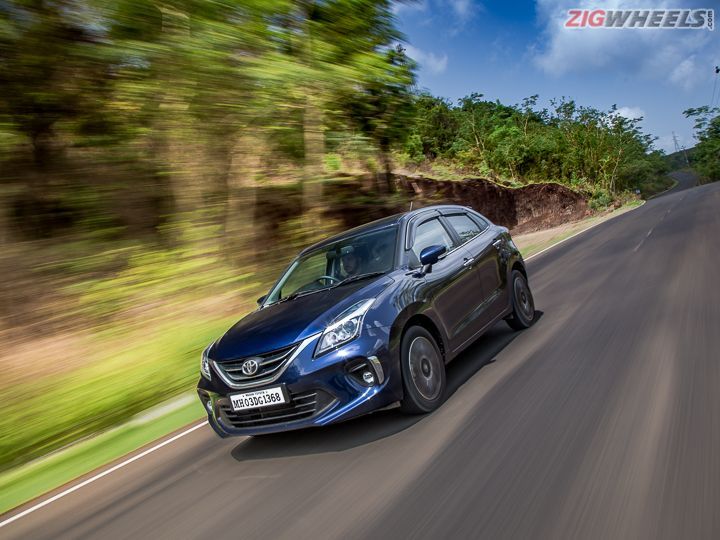 It is no secret that sparing some badges, the Toyota Glanza is the Maruti Suzuki Baleno. But, where the Glanza edges past its twin is pricing and warranty. Its base variant, the Glanza G MT undercuts the respective Baleno Zeta Smart Hybrid by a significant Rs 65,000! Powering the Glanza is the same 1.2-litre DualJet Smart Hybrid motor from the Baleno which we are yet to sample. But, we have now tested the Glanza with the same setup, so why not kill two birds with one stone?

The 1.2-litre DualJet mild hybrid motor pushes out 90PS and 113Nm, similar to the Baleno. This is 7PS more than the standard 1.2-litre K-series, while the torque output remains identical. The mild-hybrid setup has new dual fuel injectors placed closer to the intake valve of the engine. These injectors atomise the fuel better and inject the exact amount required without any wastage. It uses lithium ion batteries, and the system utilises energy recovered from braking and cruising to provide a torque assist to the engine. There is also a start/stop function on offer, which aids fuel efficiency too.

In our thorough VBox performance tests, the Glanza managed a 0-100 kmph time of 13.19s, with 30-80kmph in third gear taking 11.24s and 40-100kmph in fourth gear taking 20.52s. For some perspective, the go-fast version of its twin, the Baleno RS with a 1.0-litre turbocharged engine does 0-100kmph in 10.56 seconds. The Baleno RS, obviously, is no comparison for the Glanza, but besides the engine, the cars are largely similar.

The Glanza 1.2-litre mild hybrid packs sufficient performance for normal use and commutes within city limits. Owing to its mild-hybrid setup, fuel economy is its forte, at 17.13kmpl in the city and 24.25kmpl on the highway. This figure is also surprisingly more than what Toyota and Maruti claim for the engine -- 23.87kmpl. Do note that these figures should be the same for the Baleno Smart Hybrid variant.

What the 1.2-litre mild-hybrid setup brings to the table is efficiency and refinement. It helps in decreasing the fuel consumption and also aids acceleration to an extent. All in all, the Glanza, with this engine, is a very practical and tractable car that will feel at home in the cities. Our readers who prefer more performance from the engine should definitely look elsewhere.