In case you missed to tune in, fret not. We have got you the top five automotive news that happened this week 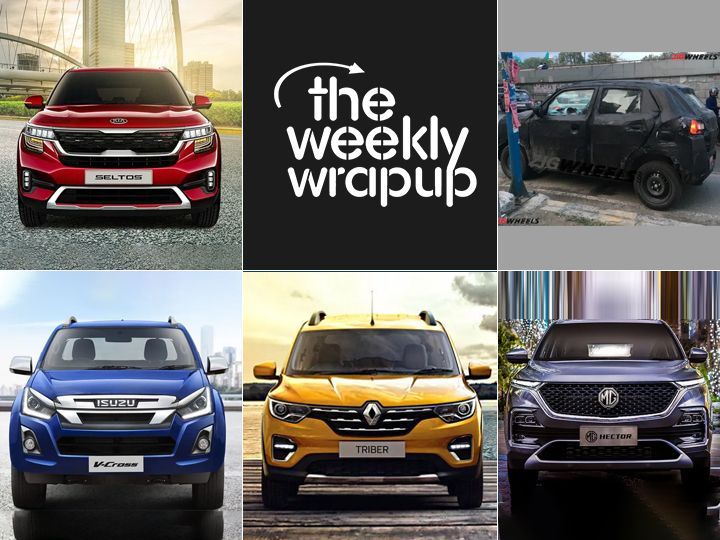 Over the last seven days, Toyota launched the Glanza, it’s first premium hatchback in the country. Meanwhile, Ford decided to steal the thunder from the Venue by launching the EcoSport Thunder edition. We also learnt that Kia’s upcoming SUV codenamed the SP2i will not be called the Trailster or Tusker as rumoured before. Even off-road fans had something to cheer about as Jeep pulled the wraps off the India-spec Compass Trailhawk. And last but not the least, homegrown SUVmaker Mahindra had some important news in store. Here’s all that took place in the Indian four-wheeler space in the first week of June.

Toyota has launched its first premium hatchback, the Glanza, in India. Based on the Maruti Suzuki Baleno, both cars look almost the same except for the front grille. The interiors are also unchanged except for the Toyota badging on the steering wheel. The Glanza also carries forward the 1.2-litre BS6 compliant VVT and DualJet engine from its Maruti counterpart. While all of this might not make the Glanza tempting, there are two crucial factors which might make you sign the dotted line for the Toyota. Head here to know what they are.

Ford Ecosport Gets A New Variant:

To steal the thunder from the Hyundai Venue, Ford has launched a new variant for the Ecosport. Called the Thunder edition, the new variant replaces the Signature edition that was launched alongside the Ecosport S in May 2018. The new variant is priced identical to the Titanium Plus variant and gets additional goodies from the flagship S variants. To know more about it in detail, click here.

Kia SP2i Gets A Name For India:

Kia has finally christened its SP2i SUV that is set to launch later this year. Earlier, the carmaker had held a contest to let the public choose the name for the SUV and the names ‘Trailster’ and ‘Tusker’ were shortlisted. To our surprise, the Korean carmaker hasn’t used those names. Head here to know what the Indian-spec SP2i SUV will be called as.

For those who were waiting for the Jeep Compass Trailhawk.. rejoice! The carmaker has finally unveiled the off-road spec Compass in India and it will also debut the long awaited diesel-automatic combo for the SUV in India. That’s not all. The Compass Trailhawk is the first SUV from the manufacturer to be updated to BS6 norms as well. And let’s not forget that the Compass Trailhawk gets additional gizmos in reference to its surname ‘Trailhawk’. Learn all about it here.

Mahindra has started work on upgrading its engine portfolio to meet the upcoming BS6 emission norms and the first SUV to get the update will be the XUV300 petrol. The updated 1.2-litre turbo petrol will also get a bump in power and torque figures. That’s not it. Mahindra will also be addressing the XUV300’s major drawback by introducing an automatic variant. Head here to know all the updates that are in store for the XUV300.