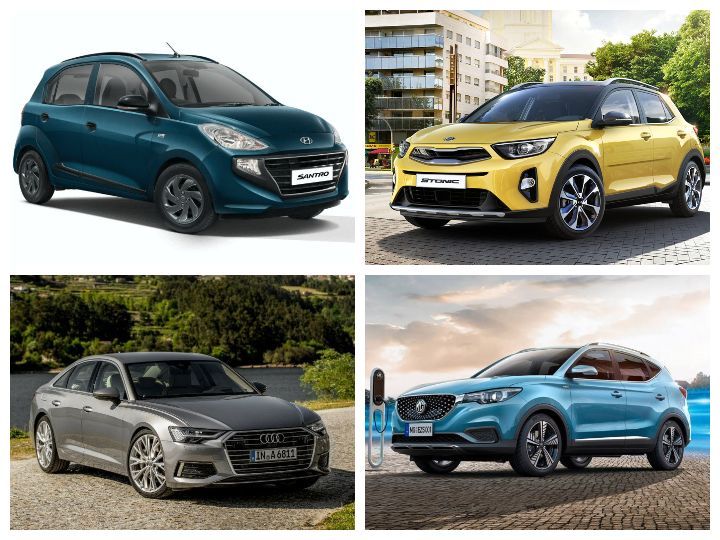 Over the past seven days, the automotive industry had seen some interesting action, the main  highlight being the 2019 Tokyo Motor Show. Back in India, we saw a couple of new cars ahead of Diwali. This includes the 2019 A6 which broke the luxury carmaker’s three-year silence in India. Accompanying the German carmaker was Hyundai which debuted the Santro Anniversary edition. Meanwhile, Kia Motors has started road-testing its Venue-based QYI compact SUV for India, and we have got some exclusive information about the ZS EV. Oh wait. There’s a bonus round this time as well.

The 2019 edition of the Tokyo Motor Show has officially begun. As seen with the lineup, the main theme is likely to be green fuel as we saw a host of new hybrid and electric models. Obviously, the manufacturer who stole the limelight was Honda with the fourth generation Jazz that is slated to launch in India. Toyota’s main highlight was the cute little BEV that’s also inbound for India while Lexus displayed its future EV plans through the LF-30 Electrified concept.

Audi India has launched the 2020 A6 in India after a three-year-long silence of no new cars. The new A6 is the eight generation model and is available with a sole 245PS 2.0-litre TFSI engine. It is also the first Audi in India that packs the latest design and tech, including the twin-touchscreen central console seen in international models. All of this is available at a price way lower than its closest rivals, the BMW 5 Series and Mercedes-Benz E Class.

Kia Motor India, who is enjoying the success of the Seltos, has started working on its next set of products for India. And the latest to be caught on the radar of automotive paparazzi is the QYI compact SUV. Likely to be based on the Hyundai Venue, the QYI is expected to make its presence felt at the Auto Expo 2020. It is likely to be an India-specific model and we expect the features and powertrains to be carried over from its Hyundai counterpart. And just like the Seltos, the QYI could get a tempting price tag.

MG ZS EV Gets A Useful Feature For Its Air Conditioner:

The ZS EV is Morris Garages’ second launch for India. While it is already on sale in international markets, we’ve got a hold of a video that reveals a useful feature in the India-spec MG.  The ZS EV comes with a PM2.5 filter for its air conditioning system that ensures that the in-car air quality is in check. For the uninitiated, particulate matters are those fine pollutants that can’t be seen by the naked eye. Anything above PM2.5 is harmful to our body.

Hyundai has taken the wraps of the facelifted Verna in China. Major updates in the facelifted model are at the front and back where it gets revised styling elements. Inside, it comes with a floating touchscreen system that features connected-car tech while semi digital dials top up the list of changes. Under the hood, the Verna could come with the Seltos’ BS6-compliant 1.5-litre petrol and diesel engines as Hyundai will discontinue the current model’s 1.6-litre CRDi and VTVT unit post April 2020. Interested? Find out when the Verna facelift is coming to India here.