Here’s What Hyundai Offers On The Santro Anniversary Edition For Rs 5.17 Lakh

This edition, to mark one year of the hatchback’s launch, is purely an aesthetic upgrade over the standard Santro. No BS6 update yet 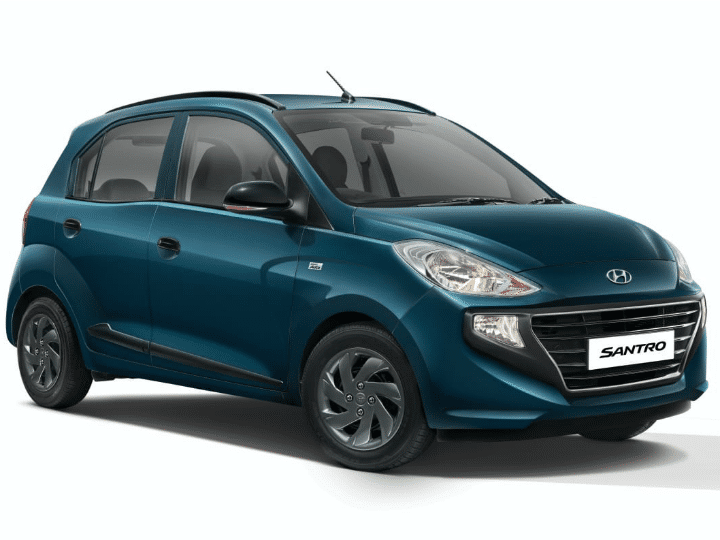 It has been a full year since Hyundai revived the Santro hatchback in the Indian market. To celebrate this occasion, the carmaker has launched an Anniversary Edition of the hatchback which is priced at Rs 5.17 lakh (MT) and Rs 5.74 lakh (AMT), both ex-showroom Delhi. This launch comes right before the Diwali weekend. The Hyundai Santro Anniversary Edition is based on the Sportz variant and is purely a cosmetic upgrade with Polar White and Aqua Teal colour options. The latter option was previously available only in the Grand i10 Nios. With a new Xcent, Creta, and now a Verna update in the works, Hyundai seems busy preparing for its BS6 launches these days.

The cosmetic changes include blacked-out ORVMs, wheel covers, roof rails as well as door handles. In addition to this, the hatchback gets door cladding, a chrome strip at the rear as well as ‘Anniversary Edition’ badging.

Since it is based on the Sportz variant, the Anniversary Edition gets all its features that include a 7-inch touchscreen infotainment system, rear AC vents, dual-front airbags and steering-mounted audio controls. It also gets cosmetic changes that include blue accents around the vents and blacked-out interiors.

It remains mechanically unchanged under the hood, powered by a 1.1-litre petrol mill that produces 69PS of power and 99Nm of torque. Transmission options include a 5-speed manual and a 5-speed AMT.

With this price tag, the Santro Anniversary Editions come at a premium of upto Rs 10,000 over the Sportz variants they are based on. The Santro takes on the likes of the Tata Tiago, Maruti Suzuki Wagon R and the Celerio.