This is likely to be one of the last updates for the luxury sedan before its all-electric successor, the A6 e-tron, arrives 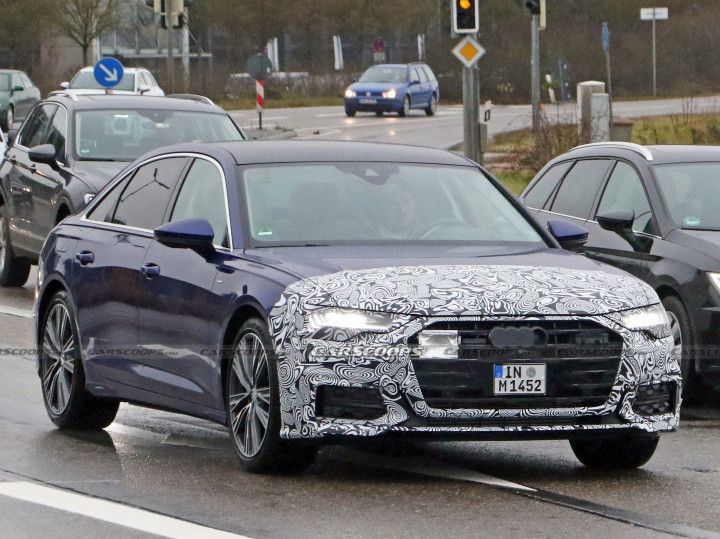 It seems Audi has been working on a facelift for the A6 as the updated luxury sedan has been spotted testing for the first time. By the looks of it, cosmetic updates will likely be limited, and you might have to play spot-the-difference to really see what is new.

For starters, the model you see here in these images is the sportier S-line trim that’s unlikely to make it to India. It’s evident that Audi will give it different grille inserts, new bumper designs, and updated LED graphics in keeping with the styling of its latest models. New alloy wheels and paint options should be in the offing as well.

The interior has yet to be seen, but we expect the facelifted sedan to retain the existing twin-screen setup for the MMI infotainment system and climate control functions. New trims and upholstery will likely be introduced as a stop-gap arrangement until the next-gen model arrives.

Underneath the hood, the existing set of petrol and diesel engines should be carried over. In India, the luxury sedan gets a sole 245PS 2-litre turbo-petrol engine, paired with a 7-speed dual-clutch automatic. It also has a mild-hybrid technology for improved fuel economy.

This update is probably one of the last for the current Audi A6 before its all-electric successor, the A6 e-tron, arrives. The facelifted sedan might make it to India to rival the Mercedes-Benz E-Class, BMW 5 Series, and Volvo S90.