The 2019 Audi A6 is expected to be launched here only in its petrol version, and will be priced at around Rs 56 lakh 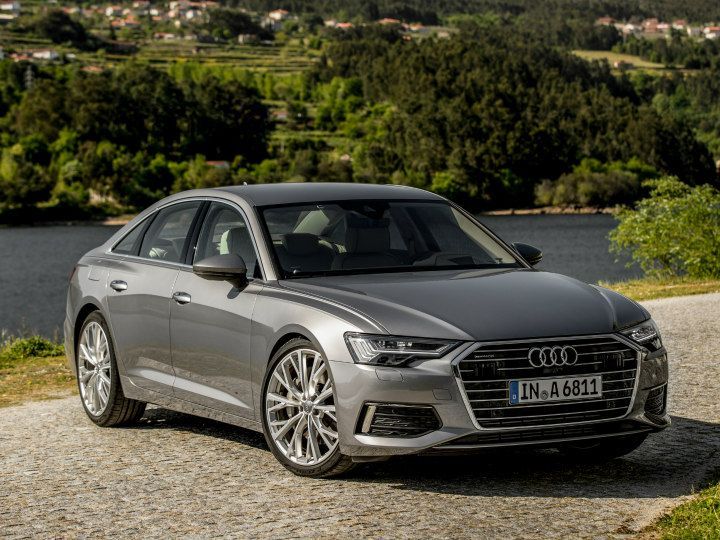 Audi India is set to launch the 2019 A6 tomorrow. The eighth generation model comes with revamped looks, upmarket interiors and is likely to be a petrol-only model at launch. According to dealer sources, prices are expected to start at Rs 56 lakh (ex-showroom), which makes it sit right in the ballpark of the BMW 5 Series and Mercedes-Benz E Class, its closest rivals. It must be mentioned that the Audi A6 is one of the oldest models in this segment and the new model could give the A6 moniker a fresh lease of life in India. So without further ado, let’s see what the upcoming model packs for you in five detailed points.

The styling of the 2019 Audi A6 is dominated by sharp lines. Its fascia gets a large horizontal slat chrome grille that are flanked by LED headlamps. Below them are the aggressive airdams that also get a tinge of chrome. In profile, the upcoming model comes with a sharp crease running through its profile while the dual tone alloy wheels add bling. Highlights at the rear include new LED tail lamps that are connected by a thin chrome strip. While the exterior design is evolutionary, the interior of the 2019 A6 is revolutionary.

The new A6 is the first Audi in India to come with its latest dashboard design. The central console is dominated by twin touchscreens that replace a cluster of buttons. The top unit handles the MMi infotainment unit while the lower system handles the climate control duties. Apart from that you get Audi’s Virtual Cockpit that sets the bar high in terms of premiumness.

According to dealer sources, the 2019 Audi A6 could be a petrol-only model at launch. The suspected engine is the base-spec 2.0-litre TFSI unit that develops 248PS of power and 370Nm of torque. It is expected to be available in the front-wheel drive layout and will be offered with the 7-speed dual clutch transmission. Meanwhile, the tried and tested 2.0-litre TDI unit could join the lineup later.

The 2019 Audi A6 is expected to be priced at Rs 56 lakh. Select dealers have started accepting bookings for a token of Rs 5 lakh. When launched, the A6 will rekindle its rivalry with the Mercedes-Benz E Class, BMW 5 Series and the Volvo S90.

Stay tuned to ZigWheels for the launch report and first drive review of the 2020 Audi A6.