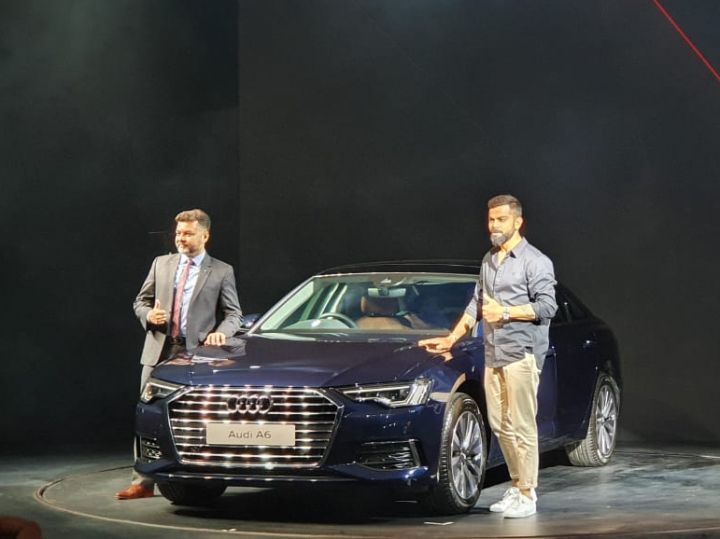 Audi India has broken its recent lull by launching the 2019 A6 sedan in the country priced at Rs 54.20 lakh (ex-showroom, India). The eighth-generation A6 brings sharper looks, a louder personality as well as a completely revamped interior. Audi has brought the 2019 A6 45 TFSI only to India. That means you get a 2.0-litre TFSI powertrain that features mild-hybrid tech and is in accordance with the upcoming BS6 emission norms. Primary rivals for the 2019 A6 are the Mercedes Benz E Class and BMW 5 Series, both of which are well established in India. At launch, the Audi A6 is offered in two variants, Premium Plus and Technology. Have a look at the detailed variant wise pricing:

The A6 replaces its predecessor from 2016 in a segment that has changed quite a bit since then. Apart from its home country rivals, the Mercedes-Benz E-Class and BMW 5 Series, there are the Jaguar XF and the Volvo S90. The E-Class has a longer wheelbase version now, while BMW has brought the 6 Series GT to equalise things. The Audi A6 only comes in its standard wheelbase guise to India. So the new A6 will juggle two roles to stand its ground.

The design of the 2019 A6 can be best termed as evolutionary as all the soft curves of the older car has been replaced by sharp creases and lines. The front-end is dominated by a wide hexagonal chrome slat grille that are flanked by Audi's Matrix LED headlamps. More chrome is present around the window sill and the profile, which also get a sharp crease for added character. Dual-tone alloy wheels up the premium ante further. At the back, the A6 gets sleek LED tail lamps that are connected by a thin chrome strip. The 2019 Audi A6 can be had in five colour options: Ibis White, Mythos Black, Vesuvlus Grey, Seville Red and Firmament Blue.

Sizewise, the A6 is 7mm longer, 12mm wider and 2mm taller than its predecessor. Its wheelbase is longer by 12mm and the 2020 A6 has a 560-litre boot. Have a look at the table below to see how the new A6 fares in terms of dimensions:

Inside, the 2019 A6 is the first Audi in India to come with a twin-touchscreen central console. This gives the cabin a minimalist yet futuristic look. The top screen handles the infotainment system while the lower unit handles the climate control duties. Meanwhile, the driver also gets his own screen in the form of Audi’s Virtual Cockpit. The cabin is also well appointed and is draped with premium materials like gloss black, wood, aluminium and leather trims. Further, the leather upholstery can be had in either Brown and Beige.

The 2019 A6 comes with a petrol engine only. The engine doing duty is the 2.0-litre TFSI unit that develops 245PS of power and 370Nm of torque. Power is sent to the front wheels via a 7-speed dual-clutch automatic transmission and the A6 does the 0-100kmph run in 6.8 seconds. Top-speed is capped at 250kmph. The engine also comes with Audi's mild-hybrid technology. We expect the tried and tested 2.0-litre TDI engine to join the lineup later as this segment is dominated by diesels.

Primary rivals for the A6 include the Mercedes-Benz E Class, BMW 5 Series and the Volvo S90. Stay tuned for a detailed first drive review and a comparison report of the 2019 A6.