EXCLUSIVE: The India-bound MG ZS EV Gets An AC Filter To Help You Breathe Cleaner Air

Thanks to a PM 2.5 AC filter, the air quality in the ZS EV will always stay in check 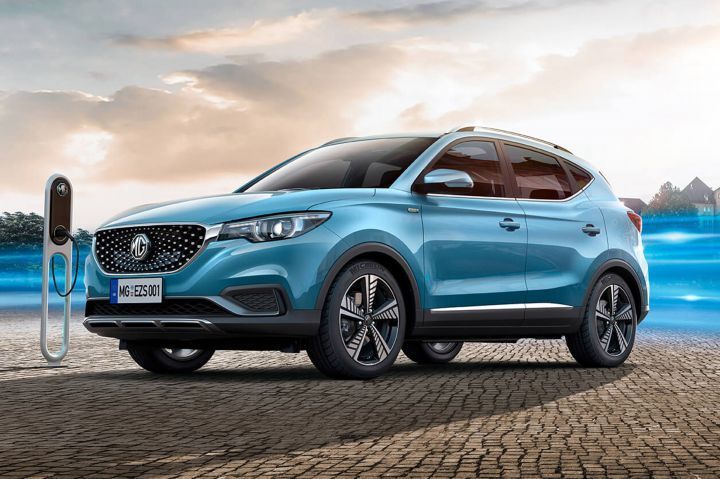 MG Motor India is enjoying the success of its debut midsize SUV, the Hector. The carmaker has built the 10,000th Hector at its Halol plant and has given the connected SUV its first OTA update. Meanwhile, MG Motor is busy with its second launch for India, the ZS EV electric vehicle (EV). The Kona Electric rival has been spotted testing undisguised in India and is scheduled to launch at the Auto Expo 2020. MG is also ensuring that the charging infrastructure for ZS EV is in place before its launch. Meanwhile, we have come across a video that reveals a crucial feature of the electric SUV. The ZS EV’s air conditioning system comes equipped with an air filter that keeps PM 2.5 levels in check. Let’s talk about it in detail.

The ZS EV comes with a single zone climate control. It is equipped with an air filter that ensures that PM 2.5 levels (particulate matter) are in check. For the uninitiated, particulate matter is a mixture of the fine pollutants present in the atmosphere that aren’t visible to the naked eye. Anything above PM 2.5 is harmful to our body, especially in the long run. The ZS EV’s air conditioner ensures that these particles are filtered and you get clean air to breathe in your EV.

The above video also demonstrates the function of the air filter. The person sitting in the electric vehicle measures the air quality with a device that reveals the air quality is at acceptable levels. But as soon as he steps out of the ZS EV, you can see the air quality becoming worse as revealed by the device.

The video also reveals some key features of the ZS EV. This includes an 8-inch infotainment system, keyless entry with push-button start, cruise control, steering-mounted audio controls as well as a multi-info display. Being an MG, we are sure that it will also come with the i-SMART connected-car tech features from the Hector. Other expected features include all-LED exterior lighting, Android Auto and Apple CarPlay.

As mentioned above, the ZS EV is slated to launch in India at the Auto Expo 2020. Primary rivals of the ZS EV include the Kona Electric, which is priced at Rs 23.72 lakh (ex-showroom). We expect the ZS EV to have a price tag in that same range to give a tough fight to the Kona Electric. Stay tuned for further updates.