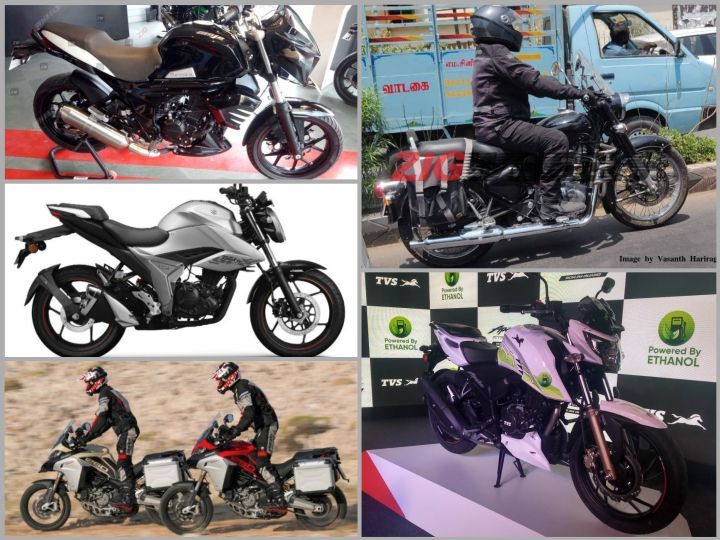 The last seven days was quite an eventful one both in the mass market as well as the premium two-wheeler segment. We also witnessed the launch of the country’s first ethanol-powered motorcycle, heralding a new age in green mobility. Here are the top 5 news highlights:

Suzuki has finally launched the 2019 Gixxer in the country. Though it comes with a host of updates like a LED headlamp and a sharper bodywork, it commands quite a big premium over its predecessor. In fact, compared to the other air-cooled 160cc nakeds, the 2019 Gixxer is the most expensive one!

TVS marked a new beginning in the world of clean, green vehicles by launching the Apache RTR 200 Fi E100. It is India’s first 100 per cent ethanol-powered motorcycle. The best part is that the Hosur-based brand has achieved cleaner emissions without compromising on performance!

In a bid to regain its ‘Mojo’ amidst the current crop of modern competition, Mahindra is all set to launch the erm... Mojo 300 ABS pretty soon. In fact, the upcoming motorcycle was spotted at a dealership. Interestingly, Mahindra has chosen to mix and match features of both the Mojo XT300 and the UT300 to make the bike a better product overall.

We’ve already seen the 2020 Royal Enfield Classic 350 being tested on several occasions. However, this time around, the motorcycle was spotted sporting fuel injection. It’s pretty much a given that the bike will be BS6-compliant but what’s more interesting is that its unique exhaust layout, which is unlike anything we’ve seen on a Royal Enfield.

Ducati India launched its most hardcore off-road-centric ADV, the Multistrada 1260 Enduro. Compared to its 1200cc counterpart, the new bike not only gets a bigger engine but also features a slew of electronic updates!