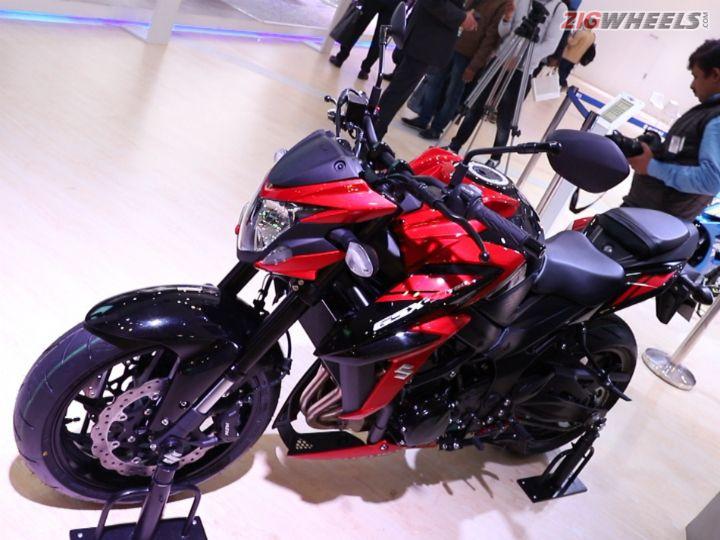 Suzuki India has expanded its performance motorcycle portfolio by riding in the new GSX-S750 at the Auto Expo 2018. It is likely that the company will assemble the new Suzuki GSX-S750 at its factory in Manesar. This makes it the second performance-oriented motorcycle from Suzuki, after the legendary Hayabusa, to be assembled in our country.

The Gsx-S750 is powered by an updated version of the 2005 GSX-R750 750cc 4-cylinder liquid cooled engine that the GSX-S750 debuted with. Though the power output isn't yet officially available, Suzuki claims that the new bike has gained 8PS over the previous model which effectively takes the power output to 114PS. The engine is mated to a 6-speed gearbox. The Suzuki middleweight gets a 41mm KYB inverted forks up front with adjustable preload while the rear monoshock is also a KYB unit with fully adjustable spring preload. The braking duties are handled by a twin 310mm Nissin disc setup up front with four-piston calipers while the rear gets a 240mm disc with a single-piston caliper. ABS will come in as standard.

Other features likely to make it to the bike include a three-stage control system and a low rpm assist that monitors the engine speed and ensures the revs stay in the torque range even when the throttle is closed so the rider still has the acceleration when he lets go of the clutch without operating the throttle.

It’s also the first 750cc middleweight naked bike to be launched by the Japanese two-wheeler giant in India and will compete against the Triumph Street Triple S, Yamaha MT-09 and the Kawasaki Z900. The new GSX-S750 looks every bit a proper streetfighter with its muscular proportions complemented well by razor sharp body lines which have been inspired from the Suzuki GSX-S1000. It also comes equipped with an all-digital instrument console, but we would have liked to see a full-colour TFT unit.