Renault Triber Teased Ahead Of June 19 Reveal, Gets Crossover Elements 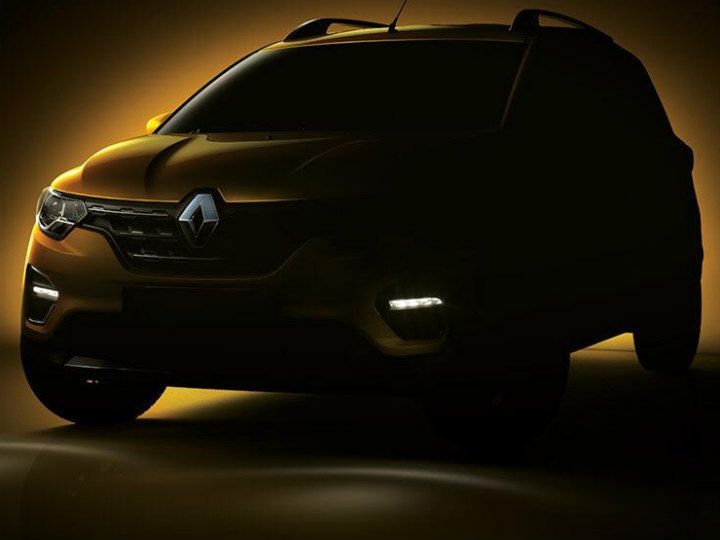 Renault India has released another teaser for its upcoming premium hatchback, the Triber, whose global reveal is just around the corner on June 19. This time the French carmaker has given us a sneak preview of the Triber, which despite being mostly hidden can be seen sporting a wide stance, a chunky bonnet and LED DRLs.

The new Triber is expected to have a modular seat layout and will be based on what Renault calls a new platform. Previous spy exterior shots have already revealed that the Triber will be tall and long for its segment. This could make it one of the more spacious hatchbacks in the segment with good leg room, boot space and headroom. The teaser image also reveals that the Triber will get roof rails and LED DRLs in the fog lamp area.

While the Triber’s interiors haven’t been explicitly spied yet, it is expected to be loaded with features. These could include a touchscreen infotainment system with Android Auto and Apple CarPlay, steering-mounted audio controls, a colored MID and many more. In terms of safety, the Triber is expected to get dual airbags, ABS, EBD, seatbelt warning, over speed alert system and rear parking sensors as standard.

Under the hood, the Triber is likely to get the 1.0-litre engine from the Kwid or the 1.2-litre engine from the Micra. The Kwid engine delivers 68PS of power and 91 Nm of torque, but it could get a higher state of tune to make more power in the Triber. The Micra engine on the other hand produces 77PS of power and 106 Nm of torque. A turbocharged variant of the 1.0-litre Kwid engine could also be on the cards. The Triber could also get an AMT variant judging from previous spy images. The Triber is likely to be only a petrol hatchback as there is no word on a diesel variant due to the BS6 norms kicking off in 2020.

The Triber’s global unveil will be broadcasted live on Renault’s YouTube channel on June 19. It is expected to be launched in India in the price range of Rs 5 lakh to Rs 7.5 lakh. Post launch, the Triber will take on rivals like the Maruti Suzuki Baleno, Toyota Glanza, Honda Jazz, Hyundai Elite i20 and the upcoming Tata Altroz.