Renault Triber Teased: Here Is What You Can Expect

With the expected unveil next month, the Triber will mark Renault’s entry in the premium hatchback segment 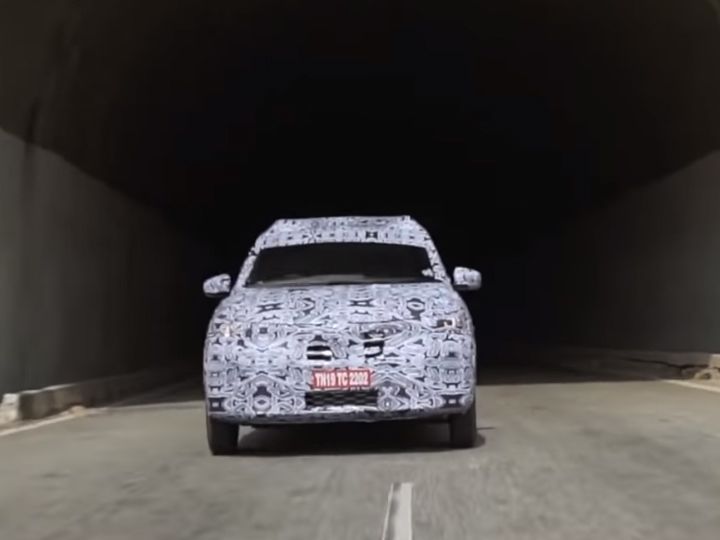 While Renault says that the Triber is based on an all-new platform, we believe it is likely to be underpinned by a derivative of Renault’s modular CMF-A platform than underpins the Kwid. The spy shots of the hatchback suggest that Renault is playing the size card with the Triber. The Triber’s tall stance, flared wheel arches and roof rails further strengthen the impression that it could be larger than its rivals like the Maruti Suzuki Baleno, Hyundai Elite i20 and the Honda Jazz, among others. Whether it will be offered with just five seats or more remains to be seen. However, Renault is betting big on the utility aspect of the upcoming hatchback. Two out of three test mules spied were seen sporting decals of a kayak and a surfboard, representing Renault’s modular approach.

As far as powertrains are concerned, expect Renault to use the Kwid’s 1.0-litre motor or the Micra’s 1.2-litre motor for the Triber. The news of a turbocharged unit making its way into the Triber is also in the air. Gearbox options include a manual transmission, and it is also likely to  employ Renault’s Easy-R 5-speed AMT. There’s no word on a diesel version as of now. However, with diesel cars set to become more expensive once BS 6 norms come into place from April next year, Renault may avoid equipping the Triber with an oil burner altogether.

The two test mules that were spotted earlier seem to be two different variants of the Triber. Nonetheless, the lower-spec test mule didn’t seem to skimp on many features as it was spied with a set of projector headlamps along with rear wash and wipe. Other features that are likely to be offered on the Triber include a touchscreen infotainment system with Android Auto and Apple CarPlay, climate control, a rear parking camera, etc. In terms of safety features, the Triber is expected to be offered with dual airbags, ABS with EBD, rear parking sensors, seatbelt warning for front occupants and a high speed alert system as standard since these features are set to become mandatory from July onwards.

When is it coming?

Set to be unveiled in June, the Renault Triber is expected to be launched in July or August this year. It will be positioned below the Duster in Renault’s India lineup and bring in a new flavour to the premium hatchback segment. When launched, it will compete with the Maruti Suzuki Baleno, Hyundai Elite i20, Honda Jazz and the upcoming Toyota Glanza.