While the test mule is still shod in camouflage, the changes are noticeable 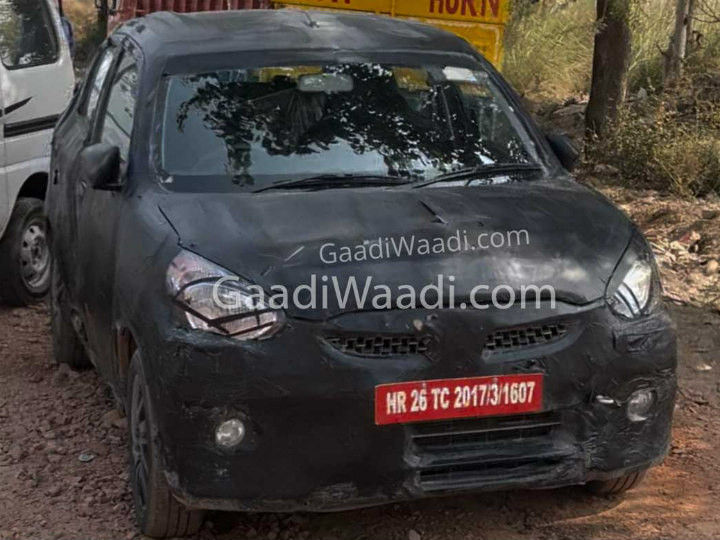 After almost a six-year lifecycle, including a facelift in 2017, Maruti Suzuki looks set to introduce the next iteration of the Celerio. The new Celerio has been spotted multiple times testing in India, only this time, it’s been spied while parked, so we have shots from all angles. That said, the test mule is still under camouflage.

Despite the camouflage, we can tell the changes will be extensive. At a glance, it may look boxier than its predecessor, but it appears to be longer. Expect it to ride on the same Heartect platform as the third-gen WagonR. Changes up front include a revised grille, tweaked headlamp arrangement, and what looks like repositioned fog lamps. Head over to the side profile and you’ll notice a new set of blacked-out wheels. Towards the rear, you get a new set of tail lights and the high-mounted stop lamp repositioned from the rear spoiler to behind the rear windscreen.

While the latest set of spy shots don’t feature the cabin, previous images revealed a revised all-black dashboard layout with matte grey touches in places. We can also expect additions in the form of Maruti’s 7-inch SmartPlay Studio touchscreen infotainment system and an updated AC vent layout. A minor upgrade is also likely in terms of the materials used in the cabin.

Under the hood, we expect the next-gen Celerio to soldier on with the current model’s 1.0-litre petrol engine that delivers 67PS and 90Nm. Maruti Suzuki could also add in an 83PS 1.2-litre petrol engine. Transmission options could remain unchanged: a 5-speed manual and a 5-speed AMT. We can also expect a CNG option.

Maruti Suzuki could launch the next-generation Celerio in India around early-2021 at a premium over its predecessor that retails from Rs 4.41 lakh to Rs 5.68 lakh (ex-showroom). Also expect a Celerio X iteration of the next-gen model at a later stage. It will rekindle its rivalry with the Tata Tiago, Hyundai Santro and Datsun Go.