The model spotted was probably that of a base variant, evident from the absent wheel caps 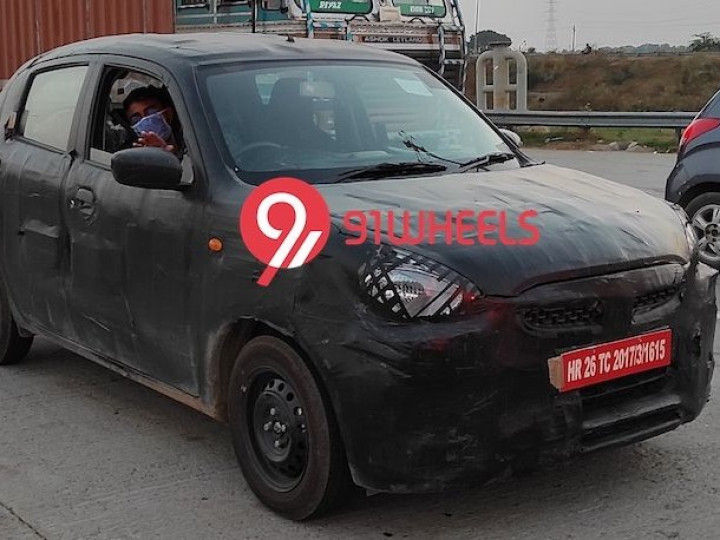 Maruti Suzuki’s plans to launch the next-gen Celerio next year seem to be coming along quite well, suggest these spy shots. The last time it was spotted testing, in September, it was under heavy camouflage but revealed certain design changes on the exterior. This time, we’ve gotten a glimpse of the budget hatchback’s interior as well.

The upcoming Maruti Celerio looks to have grown in proportions as it is underpinned by the same Heartect platform as the third-gen WagonR. Along with a revised grille, the new Celerio appears to also get a new air dam and more bulbous halogen headlamps. The spotted vehicle is possibly a base variant as it has no wheel caps. The side profile also reveals fender-integrated turn indicators and liftback door handles that differ from the ones on the first-gen Celerio. Changes to the rear are barely visible due to the covers, but it gets a high-mounted stop lamp and an upright windshield like the first-gen model.

The latest spy shots also indicate a refreshed all-black with matte grey touches at places. Also expect the addition of Maruti’s new 7-inch SmartPlay Studio touchscreen infotainment system and updated AC vent layout. The cabin itself is expected to receive a minor upgrade in terms of the materials used.

The next-gen Celerio is likely to be powered by the same 1.0-litre all-aluminium petrol motor that produces 67PS and 90Nm, as seen in the first-generation model.In addition to that it may also get Maruti’s 83PS 1.2-litre petrol engine as an option. Transmission options will remain the same as Maruti’s 5-speed MT and a 5-speed AMT. Expect it to continue using the 1.0-litre CNG option as well.

With multiple sightings, the launch date for the second-generation Celerio seems to be somewhere by the end of this year. It will carry a premium over its predecessor, which currently retails from Rs 4.41 lakh to Rs 5.68 lakh (ex-showroom). It rivals the Tata Tiago and Hyundai Santro.