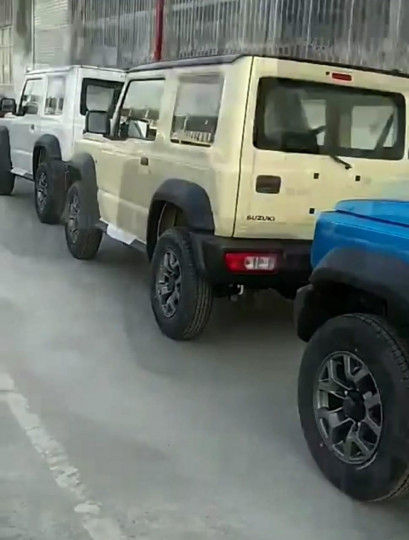 Ever since the iconic Gypsy was discontinued in India, there has been high anticipation for the  reintroduction of a new version. Maruti Suzuki plans on doing just that with the fourth-generation Jimny, which made its debut in India at the Auto Expo 2020. According to reports, trial production for the Jimny has already commenced.

The Gypsy, which was an extended version of the second-gen Jimny, gained popularity with its  off-road capabilities. The fourth-gen Jimny is expected to receive the same affection considering its rugged appearance both inside and outside. We expect it to offer features such as climate control, cruise control, and a 7.0-inch touchscreen infotainment system.

The fourth-gen Jimny is expected to be offered with a 5-door setup as standard, but looking at the popularity of the Mahindra Thar, Maruti might just consider a 3-door version as well. To make things interesting, even the 3-door Sierra variant was spied testing on Indian roads.

Under the hood, we expect the Jimny to be powered by a 1.5-litre petrol engine, just like in overseas, where it puts out 105PS and 138Nm. Transmission options will include a 5-speed manual and 4-speed automatic gearbox.The Jimny is sold globally with a 4x4 drivetrain as standard, but to make it more affordable, we expect Maruti to also provide a 4x2 option. The Jimny 4x4 comes with a low-range transfer case to switch between 4WD-high, 4WD-low and 2WD-high.

We believe that Maruti could launch the Jimny in 2021 through the NEXA brand. It is likely to be priced around the Rs 10 lakh (ex-showroom) mark. Maruti could also revive the Gypsy badge for the fourth-gen Jimny. It will lock horns with the Mahindra Thar and the upcoming Force Gurkha. Maruti has also announced its plans on bringing back the familiar 1.5-litre diesel engine. In its BS6 version, the engine could also feature in the upcoming Jimny.