Here's What The 2021 Maruti Suzuki Celerio Will Look Like

The new Celerio sports a more mature design, with specific styling elements inspired by other Marutis 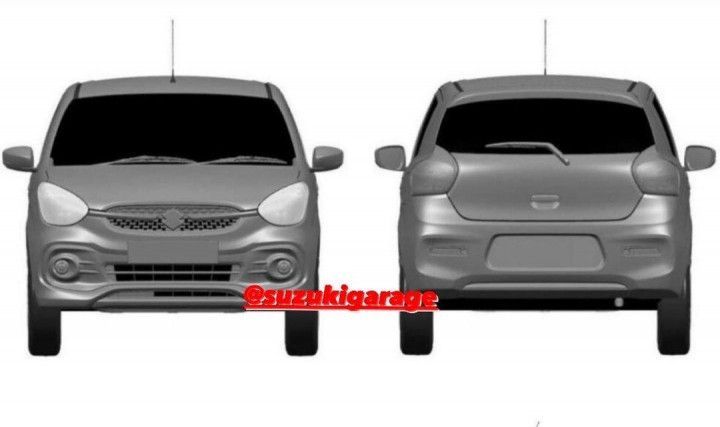 Patented images of the next-gen Maruti Suzuki Celerio have been leaked, giving us a preview of the upcoming hatchback. From what we could gather, we reckon the second-gen hatch has a more sensible and mature styling, with specific design cues taken from other Marutis.

The grille is smaller than before and seems to be sporting a chrome strip (similar to the Swift) connecting both the headlamps. Then there’s the revised bumper that gives off a busy look, thanks to the curves, creases, and fog lamps. In profile, the Celerio is similar to the existing model but for the conspicuous absence of shoulder-line, making the side look smoother than before. The new alloy wheels, tail lamps, and rear bumper complete the exterior styling.

The Celerio’s new dashboard has an all-black theme. The layout is neat; the infotainment system is on the top, and below that are the manual air-con knobs. As with all Marutis, the Celerio’s stalks, steering wheel, and air-con knobs have been borrowed from the carmaker’s other models.

The 2021 Celerio will likely be larger, as it could be underpinned by the Wagon R’s Heartect platform. The existing 68PS 1.0-litre petrol engine should be retained, but Maruti might also provide the hatch with a larger 83PS 1.2-litre petrol motor. Both units will likely be paired with a standard 5-speed manual and an optional 5-speed AMT.

Maruti could officially take the wraps off the new Celerio by September 2021. We reckon it will be priced at almost Rs 4.5 lakh, putting it in the same league as the Hyundai Santro, Tata Tiago, and the Maruti Suzuki Wagon R.