The Mercedes-Maybach GLS 600 Luxury SUV Can Give Private Jets A Scare! 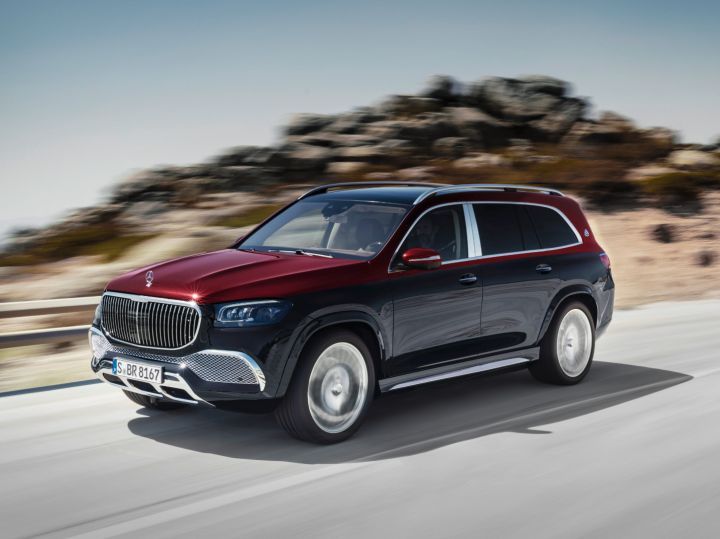 Mercedes-Maybach has taken the wraps off the Maybach GLS, the more opulent version of the Mercedes’ flagship SUV. It comes in one variant - the GLS 600 - with a V8 engine and is the German carmaker’s answer to the Bentley Bentayga and the Rolls Royce Cullinan. The main party piece of the Maybach SUV is its rear seat experience, which can make the A380’s first class cabin look paltry.

The Maybach GLS’ front end takes inspiration from the Maybach 6 Concept and comes with a chrome-laden vertical slat grille, pushing the three-pointed star to the hood. The Maybach GLS can be had with 22-inch or 23-inch chrome-finished alloy wheels that give it an imposing stance. More chrome is present around the window sills while there is a Maybach badge at the C-pillar to denote its exclusivity. At the rear, the Maybach GLS comes with split-LED tail lamps that are connected by a chrome strip and a chrome diffuser.

While Mercedes-Maybach might have gone a bit overboard with chrome, it stands out in this dual-tone red/black paint finish and looks premium.

Inside, the Maybach SUV comes with a luxurious interior that’s best described as a seven-star hotel suite on wheels. The third row found in the standard model has been ditched for a lounge-style seating position with two individual seats. Both seats come with heated, ventilated and massage functions while the person sitting behind the co-driver can convert his seat into a lounge-like seating position by pushing the front seat forward. All these functions can be controlled via the MBUX tablet that can be found in the rear centre console. It also comes with other features like individual sunblinds, entertainment screens, climate control, ambient lighting as well as a fridge with champagne glasses! We bet your better half won’t be disappointed here.

At the front, the Maybach GLS shares its dashboard with the standard SUV, which might be less exclusive. However, don’t let it put you down as the digital driver’s display and the infotainment screen come with a Maybach theme for its UI. Naturally, being a Maybach, the cabin comes draped with the expensive pieces of leather, wood and metal found from around the planet! The cabin can also be customised with a colour of your choice.

Under the hood, the Maybach GLS 600 comes with a 4.0-litre V8 engine with a 48v-mild hybrid system. It develops 558PS of power and 730Nm of torque and sends power to all four wheels via Mercedes’ 4MATIC all-wheel drive system. The Maybach GLS 600, though a luxury SUV, is no slouch at all. It can do the 0-100kmph run in 4.9 seconds and max out at 250kmph (electronically limited).

The Mercedes-Maybach GLS SUV aims to take on the Rolls Royce Cullinan and the Bentley Bentayga. Considering that luxury SUVs like the BMW X7 are doing very well in India, there is a high possibility that we could see the Maybach GLS 600 on our roads, or rather hotel driveways, soon.