The 2019 GLC is more than just a pretty face as it now packs BS6-compliant engines too! 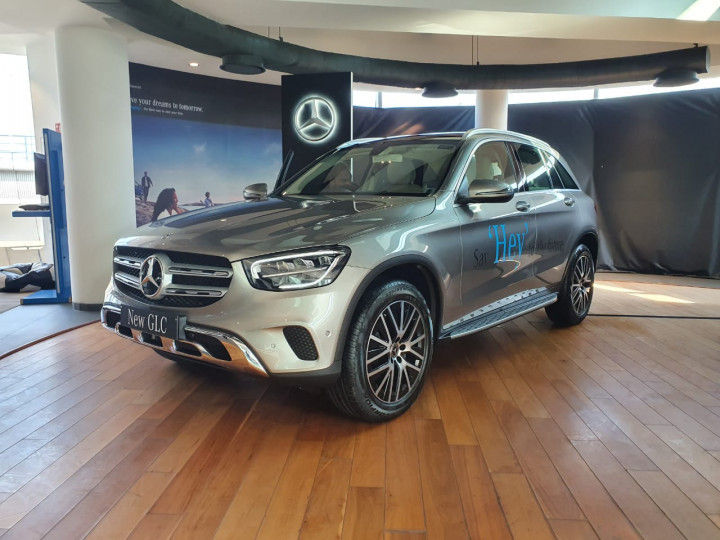 Mercedes-Benz India has just launched the new GLC sport utility vehicle (SUV) in India with prices starting at Rs 52.75 lakh (ex-showroom, pan-India). The revised GLC replaces a model which has been on sale around the world for four years. While the new car gets a facelift and a range of new BS6-compliant engines, it is also the first vehicle in India to get the new voice-activated Mercedes-Benz User Experience (MBUX) infotainment system. It is priced starting at Rs 52.75 lakh for the GLC 200 petrol, and Rs 57.75 lakh for the GLC 220d diesel (ex-showroom, pan-India). That's around Rs 63,000 more expensive for the petrol model, and Rs 1.32 lakh more for the diesel. The main rivals for the GLC in India include the BMW X3, Audi Q5, and the Volvo XC 60.

On the outside, the GLC gets a new face. Smaller headlamps and a rounded, hexagonal grille transform the front fascia. At the rear, it gets restyled tail lamps which feature squarish LED running lamps. While the profile of the car remains the same, the design hasn’t aged a bit. Mercedes has made efforts to make the GLC more sporty. From the matte paint to the chunky cladding and standard 19-inch wheels, the aesthetic of the GLC still leans toward the urban runabout. But the 4Matic all-wheel-drive system splits power between the front and rear 45 to 55. For on-road dynamics, Mercedes offers Dynamic Body Control as an option.

Step through the doors and the GLC is familiar. The steering wheel now features touch buttons, and you can control the touchscreen infotainment system with a touchpad on the centre console. But you won’t have to, because the voice control system has been tinkered with, and controls a range of functions in the car. Utility is aided by a large, 550-litre boot.

Mercedes claims that the GLC comes with entirely new engines, both of which are BS 6 compliant. The 2.0-litre diesel, designated OM 654, will power the GLC 220d. It makes 197PS of power and 400Nm of torque, enough to propel the GLC to 100kmph in 7.9 seconds. Camtronic variable valve timing, a twin-scroll turbocharger, and a 48-volt starter-generator system are claimed to increase its efficiency. The fourth-generation petrol engine in the GLC 200 is the 2.0-litre M 264 which makes 200PS and 320Nm. Both engines come mated to a 9-speed automatic transmission.

With the new engines and features, the GLC comes at a premium of Rs 63,000 to 1.32 lakh over the outgoing model. The company told us in the press conference that the stock of previous-generation GLCs had been sold out. Mercedes has begun revamping its India lineup ahead of the deadline for BS6. The next to get updated is the GLE SUV, which is due to be unveiled next month.