The 2020 GLA SUV Officially Gets The AMG Treatment 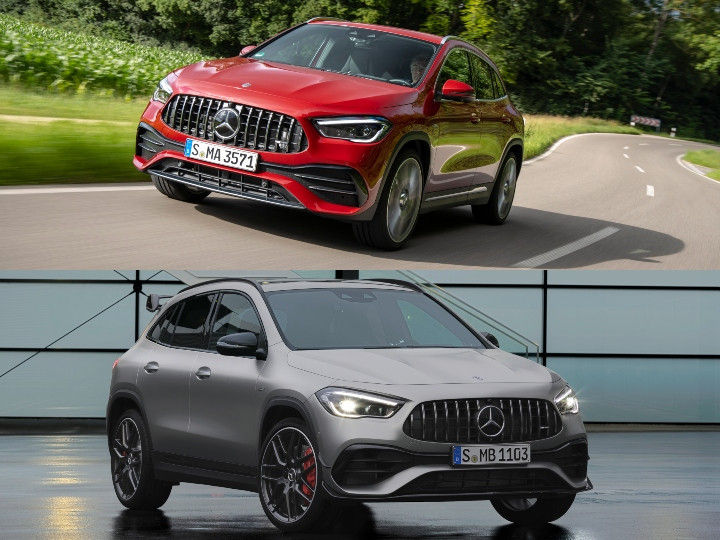 Mercedes-Benz has officially given the second-gen GLA SUV the AMG treatment via the GLA 35 and GLA 45 in international markets after unveiling the standard second gen SUV back in December last year. Both receive turbocharged 2.0-litre mills, AMG-specific performance wizardry and AMG styling tweaks.

Coming to the main point, that is under the hood, both SUVs utilise 2.0-litre four cylinder turbo mills albeit in different tunes. The GLA 35 puts out 306PS of power and 400Nm of torque and comes coupled with a 4Matic all-wheel-drive system. 0-100 kmph is achieved in 5.2 seconds and this GLA 35 tops out at 250kmph.

For more oomph, though, you should consider the GLA 45, whose units put out 387PS and 480Nm while the bonkers GLA 45 S dishes out 421PS of power and 500Nm of torque. The AMG GLA 45 also comes with a more complicated all-wheel drive system via AMG Torque Control. This distributes power to the rear wheels individually and more precisely for better traction. The standard 45 goes from 0-100kmph in 4.4 seconds and is electronically limited to 250kmph. On the other hand, the 45 S does it in 4.3 seconds and tops out at 270kmph. All three variants are paired to an eight-speed dual-clutch automatic transmission.

Other technical highlights for the two SUVs include an electromechanical AMG speed-sensitive power steering as well as upto five drive modes: Slippery, Comfort, Sport, Sport + and Individual. There’s also an additional Race mode for the GLA 45. The AMG exhaust system also changes its tune according to the drive mode selected so that you can hear the four-pot motor sing while climbing up your favourite road.

With both cars sporting AMG bits like a revised Panamericana grille, a modified front lip and air inlets as well as reinforced bodyshells, the AMG GLA 35 and the AMG GLA 45 aren’t too different from each other on the outside. The GLA 45 also features an extended rear spoiler and S-Model-specific 20-inch wheels in a 5-twin-spoke design.

Interior highlights include a sportier steering wheel (GLA 45 S) with upholstery shod in a combination of black ARTICO man-made leather and DINAMICA microfibre with contrast red stitching. The S model also gets the option of yellow contrast stitching. The MBUX infotainment system is offered in an AMG theme.

Back home, Mercedes-Benz has already revealed the standard second-gen GLA SUV at Auto Expo 2020 with a launch expected in October 2020. Prices are expected to start at Rs 43 lakh (ex-showroom). It will take on the likes of the  Audi Q3 and BMW X1 once launched in India. Expect the more aggressive AMG models to make it way here next year.