If stricter lockdowns aren’t enforced due to the pandemic, we should see the new GLA in a couple of weeks 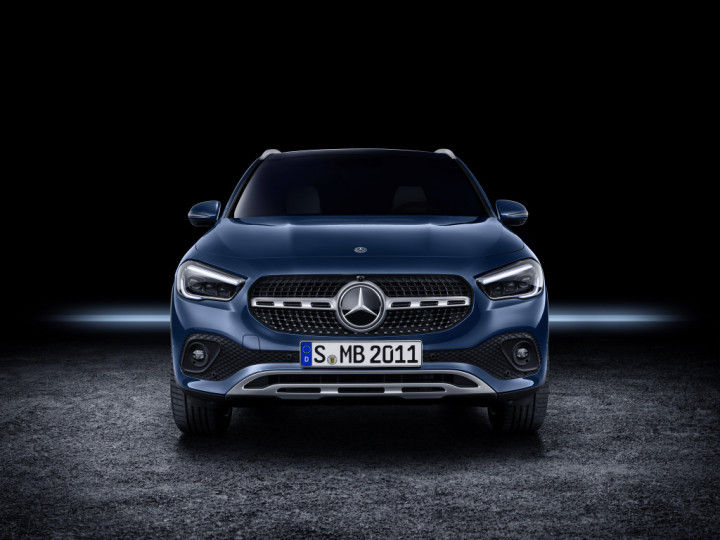 Back in November 2019, Mercedes revealed the second-gen GLA, which debuted in India at Auto Expo 2020. Now, we have some good news for potential customers. We have just learnt Mercedes will launch the second-gen GLA by mid-May, provided the government doesn’t enforce stricter lockdowns due to the sudden surge of COVID-19 in the country.

Unlike the previous GLA, which looks more like a beefed-up A-Class, the new model looks more SUV since it’s 104mm taller and 30mm wider than before. While the overall length is shorter by 14mm, the second-gen GLA employs a 30mm longer wheelbase which should result in a relatively spacious rear seat.

Also Read: The Wait For The New Octy Just Got Longer

The design is still slightly reminiscent of the new A-Class hatchback, but the larger headlamps and grille give it a beefier look. The large squared-out wheel arches with butch black cladding are nicely filled out by the large 18-inch wheels. Haunches above the rear wheels also add some muscle. The icing on the cake comes in the form of split-LED tail lamps that infuse a crossover-ish vibe.

The dashboard is a straight lift off the A-Class Limo, which is no bad thing. So, it retains the crisp digital driver’s display with customisable layouts and the MBUX infotainment system. Elements such as the turbine-style AC vents add a dash of classiness while the streaks of ambient lighting uplift the overall cabin experience (especially at night). Learn about the new GLA’s features here.

Fun Fact: The ambient lighting inside the AC vents changes colour as you change the temperature.

Mercedes is yet to reveal the powertrains of this model, but we suspect it will feature the 2.0-litre diesel engine powering various Mercs. The 1.3-litre turbo-petrol mild-hybrid powertrain from the A-Class should be offered here as well. Last but not least, we expect the AMG GLA 35 and GLA 45 to make their presence felt here. The AMG models could be locally assembled for an even more tempting proposition.

We have also learnt the new GLA could be priced from Rs 42.90 lakh (ex-showroom). This would put it in the ballpark of the BMW X1 and the Volvo XC40. Stay tuned to this space for more details.