KTM To Bolster Its Streetfighter Lineup With The 990 Duke 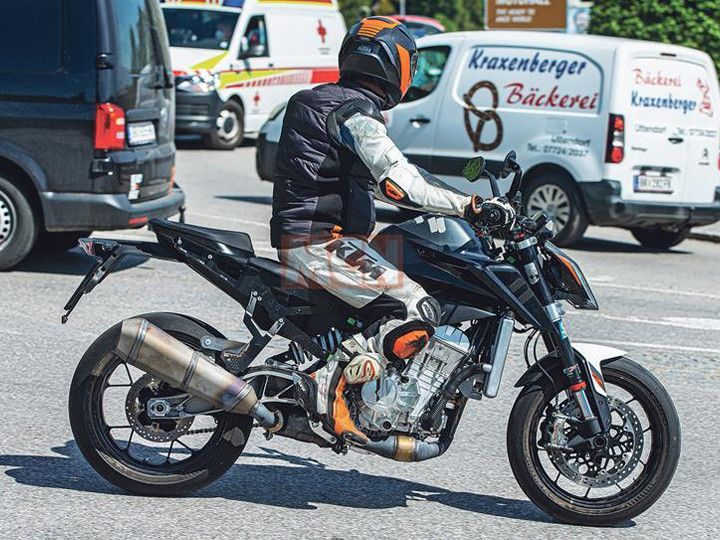 The 790 and 890 Duke have worked wonders for the Austrian brand in the mid-displacement segment. But KTM intends to broaden its horizon even further by introducing a larger 990 Duke to help capture a larger chunk of the market share. The streetfighter has been spotted testing overseas with heaps of changes. It will be positioned to take on rivals like the Yamaha MT-10, Honda CB1000R, and the Suzuki Katana.

Save for the styling, which is pretty similar to the 790 or 890, everything else has either been tweaked or completely redesigned. The engine is obviously the biggest update. Almost every single component that makes up the 990 engine block is new. It even gets a massive radiator to keep it cool and a chunky exhaust to keep emissions in check. The bump up in displacement should add another 20-25 odd ponies to the bike’s firepower, putting it against its 1000cc rivals. For reference, the 890 Duke makes 121PS and 92Nm of peak torque. Goes without saying that the electronics will receive a substantial update as well.

The spy images suggest KTM has been testing two suspension setups (fully adjustable, of course) on its test bikes, including a relaxed steering geometry better suited for everyday use. Additional updates could include better brakes and stickier tyres.

The chassis has been reworked to accommodate the larger engine. The swingarm is new and looks similar to the smaller 2022 Dukes spotted some time ago. Despite the revisions, we believe the bike would still remain a featherweight, much like the 890 that tipped the scale at 169kg (dry).