An updated 2021 CB1000R has been revealed, along with a sinister Black Edition 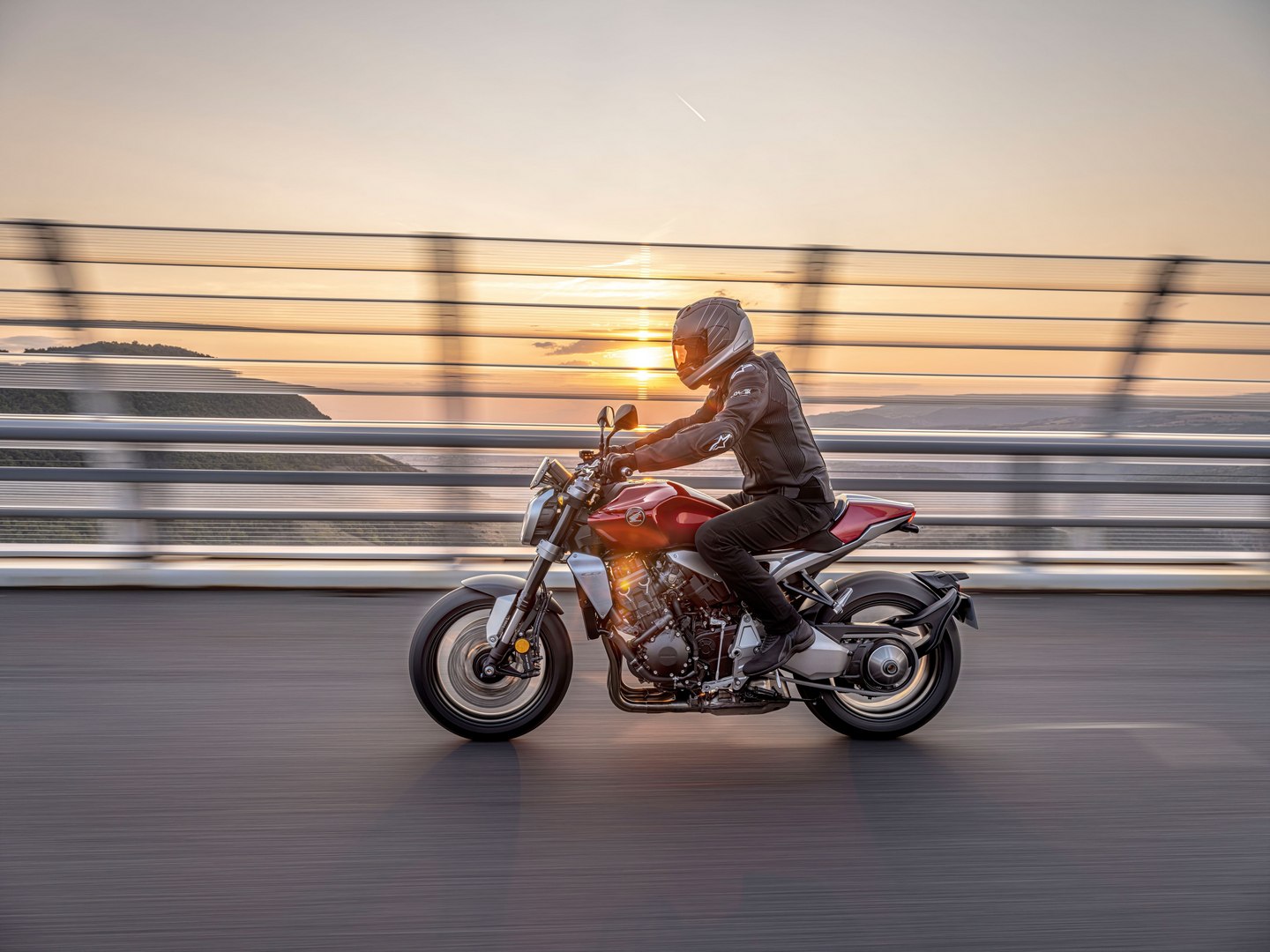 A few weeks ago, Honda teased an updated 2021 CB1000R, and now the new bike has finally broken cover, along with a Black Edition to go with it. Changes for the next model year include a revised appearance, with a more slanted headlight, new wheels and a revised sub-frame.

The headlight features a slightly more oval form, with a horseshoe-shaped LED DRL that looks rather neat. The bottom edge protrudes forwards, giving the bike a more aggressive fascia. The rear sub-frame has been redesigned and now comes finished in a clear coat, and the radiator shroud and airbox cover have been redesigned too. But the most effective change is the new wheel design, with the gorgeous Y-shaped spokes proudly on display thanks to the single-sided swingarm.

On the motor front, the 998cc mill’s 145PS/104Nm output figures have been retained despite the fact that it now meets Euro 5 emission norms. Honda claims to have tweaked the fuel-injection system to achieve this, while also simultaneously improving response and delivery.

The big news is that the 2021 update adds a 5-inch TFT display that is now becoming customary on all new bikes. The full colour unit also brings with it the Honda Smartphone Voice Control system, similar to the technology seen on the H’ness CB350.

The other big news is that the CB1000R also gets a Black Edition for the 2021 model year, and you can have it in any colour you like, as long as it’s black. Most of the brushed metal trim panels have been done away with and the bike sports a rather sinister look. It isn’t just aesthetic differences, because Honda has also thrown in a flyscreen and quickshifter as standard on the Black Edition.

The previous-gen CB1000R was available in India in the BS4 era, as was its predecessor, so we expect this 2021 model to make its way over to our shores too. As far as pricing is concerned, you can expect it to start at around Rs 15 lakh (ex-showroom).