The Versys 1000 Is Now Even Greener Than Before

The bike has been updated to BS6 standards, receiving a price hike in the process 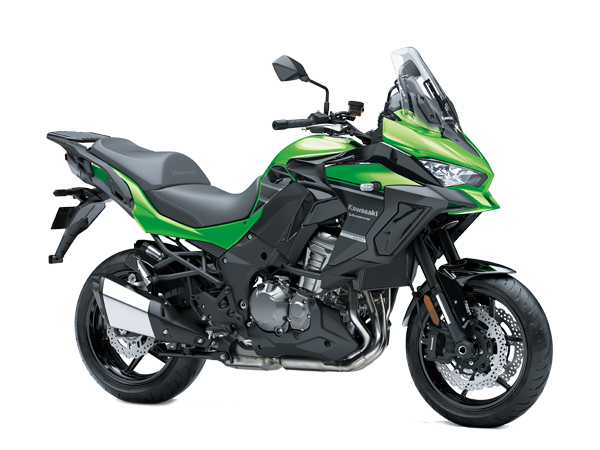 Despite being kinder to mother nature, the 1,043cc inline-four motor powering the Versys manages to retain its output figures of 120PS @ 9,000rpm and 102Nm @ 7,500rpm. Aside from the cleaner burning engine, the bike gets no new updates. That means it continues to be suspended on a 43mm USD fork and monoshock, both with preload and rebound adjustability. Braking hardware consists of twin 310mm petal discs bitten on by 4 piston calipers, and a single 250mm disc at the rear.

Though Kawasaki’s Versys lineup does represent its range of adventure tourers, these bikes fulfil the latter half of their tag better than the former. With 17-inch alloy wheels and only around 150mm of wheel travel at both ends, the Versys 1000 isn’t meant for hardcore off-roading duties. Rather, it is a long-distance touring machine capable of handling any rough patches that you may encounter along the way.

The Ninja 1000 is due for a BS6 upgrade very soon too, and since this same inline-four motor does duty on that bike as well, an official launch should be just around the corner. At some point in the near future, the Z1000 (which is also powered by the same engine) should get its BS6 certification too.