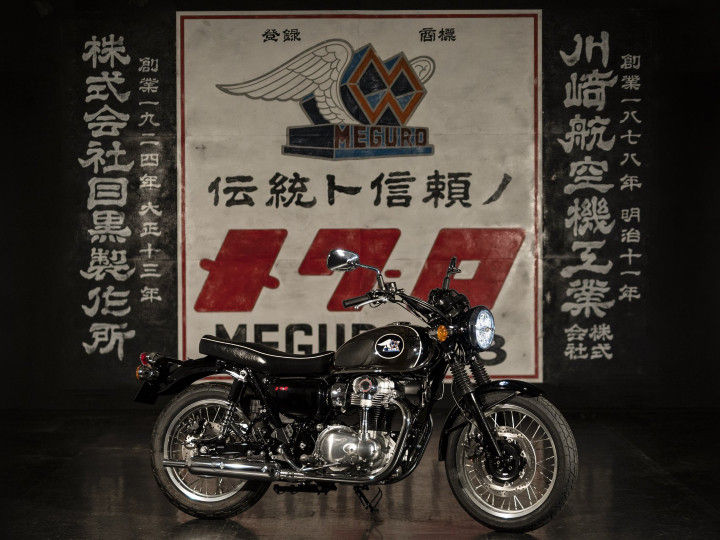 In a bid to revive the Meguro brand of motorcycles, Kawasaki has launched the Meguro K3 in its domestic market. What exactly is the Meguro K3? Well, in our neck of the woods it goes by the name of the W800. However, Kawasaki has played it well with subtle graphic updates on the K3, making it more appealing to Japanese enthusiasts.

Meguro is considered Japan’s first motorcycling brand, well before even Honda and Kawasaki. The company was founded in 1937 and entered into a partnership with Kawasaki Heavy Industries after a few years. Post World War II, the company went through some troubled times and hence was completely absorbed by Kawasaki. The last of the Kawasaki-Meguro models were sold in the late 1960s, post which the brand ceased to exist.

For 2021, Kawasaki has tried to put Meguro back in the hearts of old-timey Japanese bike enthusiasts who still fondly remember the heyday of the brand. The K3, based entirely on the Kawasaki W800, will be the first new bike from Meguro. The W800’s predecessor, the W650, had its design inspired from the Meguro K1, which itself was a licensed copy of the BSA A7.

Unsurprisingly then, the Kawasaki W800 sold in India as well as the new Meguro K3 look oh-so-British. The 773cc parallel-twin motor has a 360-degree crank offset, putting out 52PS and 62Nm, roughly the same output as the BS6 W800. Here’s what the W800 feels like.

There are neat touches on the K3 to differentiate from the W800. The tank, while sporting the same shape as before, now sports the original Meguro logo, hand-painted by the finest Japanese craftsmen. No ribbed or quilted seat design here, the K3 opting for a more classic plain approach with white seat piping adding to the retro charm. There is white pinstriping on the tank as well to go along with the old school vibe, the rubber thigh grips completing the British twin look.

The question that now remains is, will we see Kawasaki ditching the W tag for its retro motorcycles globally or will the Meguro brand only be sold in Japan? Or can the two co-exist? Only time will tell.