Expect the upcoming variant to be a scrambler of sorts 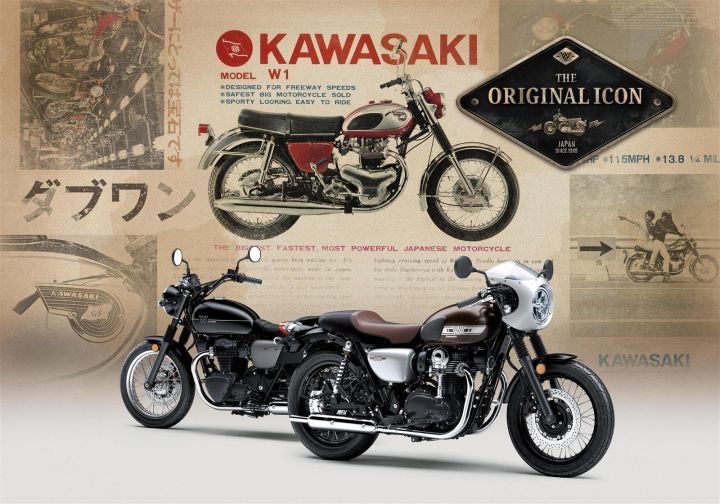 In an interview with an Italian portal, Sergio Vicarelli, Kawasaki Italia’s director of sales and marketing, confirmed that it will come up with a new variant of the W800 at this year’s EICMA. Vicarelli revealed this when asked about the possibility of a scrambler version of the neo-retro bike.

There are two variants of the W800 already on offer: Street and Cafe. The only major difference between the two bikes is the bodywork as well as ergonomics while the powertrain and underpinnings are all the same. Similarly, the upcoming variant of the W800 is likely to be an urban scrambler like the Ducati Scrambler Icon as opposed to a hardcore trail-taming motorcycle like the Triumph Scrambler 1200 XC. So expect the bike to have a scrambler-esque bodywork and perhaps spoke wheels shod with trail tyres as well.

Compared to its rivals, the W800’s output figures - 48PS & 62.9Nm - aren’t all that impressive, especially considering its pricing. For reference, the standard W800 costs GBP 8,399 (around Rs 7.71 lakh) in the UK and Rs 7.99 lakh (ex-showroom) in India. Vicarelli explained that it is because of Kawasaki’s investment to make the motor compliant with newer emission norms has been more than expected, and also that the bike is still a niche offering in terms of sales.

Apart from this, Vicarelli also revealed that Kawasaki is working on another neo-retro motorcycle but this bike will only arrive in a few years’ time. While the brand has remained tight-lipped about the details of this upcoming neo-retro motorcycle, expect it to cater to the 650cc segment as currently, Kawasaki already has the Z900RS and W800 catering to higher displacement categories. If we’re lucky, we could even see a retro-modern version built on the Ninja 1000 platform to take the fight to the Honda CB1000R.