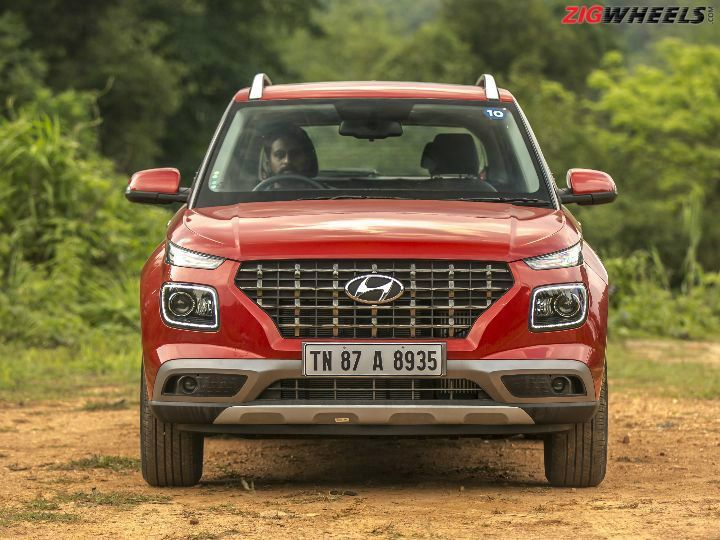 Hyundai has announced that its sub-4 metre SUV, the Venue, has received 33,000 bookings since its launch on May 21 in just ten days after its launch. The South Korean carmaker said that it had dispatched 7,000 units of the Venue from its factory.

Priced between Rs 6.50 lakh and Rs 11.11 lakh (ex-showroom India), the Venue is available in five variants - E, S, SX, SX(O) and SX+ - with three engine options. The 1.0-litre 3-cylinder turbo-petrol makes 120PS of power and 172Nm of torque, mated with either a 6-speed manual or a 7-speed DCT. The other petrol option - a 1.2-litre naturally aspirated unit - produces 83PS and 115Nm and comes with a 5-speed manual as standard. On the other hand, its 1.4-litre diesel option makes 90PS of power and 220Nm of torque and comes mated to a 6-speed manual.

The major selling points for the Hyundai Venue include it being India’s first connected SUV with Hyundai Blue Link that works via a Vodafone e-SIM. Other features include an 8.0-inch touchscreen infotainment display with Apple CarPlay and Android Auto, climate control, remote start as well as location tracking. Safety features like six airbags, electronic stability control, hill assist and more are also a part of the package. For more details about the Venue, check out our first drive review here.

Since its launch, the Hyundai Venue has continued its strong momentum in the competitive sub-4 metre SUV segment. With over 2 lakh enquires already made, we expect the Venue long waiting period to go up even further in the coming weeks. The Hyundai Venue competes with the Maruti Suzuki Vitara Brezza, Tata Nexon, Ford EcoSport, Mahindra XUV300 and others.