The Korean car maker has delivered 18,000 units of the Venue since its launch on May 20 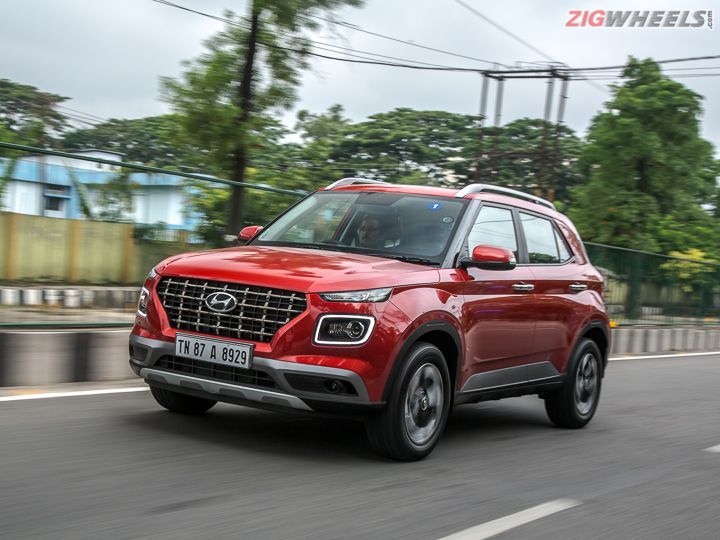 We already know that the Hyundai Venue with its aggressive pricing, strong set of powertrains and connected features is the pick of the lot for many buyers. We had earlier reported that it attracted 33,000 bookings in 30 days and now Hyundai has announced that the Venue has garnered 55,000 bookings in just 60 days.

The Venue’s success doesn’t come as a surprise as the sub-compact SUV has generated quite a buzz since its launch on May 20. Additionally, a quick glance at last month’s dispatch numbers reveal that Hyundai sold 8,763 units of the Venue, which was just shy of the segment leader Vitara Brezza’s 8,871 units.

Hyundai also announced that it sold 18,000 Venues since its launch and out of that, 55 per cent are variants that come equipped with BlueLink connected features. Hyundai also said that the DCT variants account for 35 per cent of the total 50,000 bookings so far.

The Venue comes with 5 variants to choose from:  E, S, SX, SX(O) and SX+, along with three engine options. The 1.0-litre 3-cylinder turbo-petrol, good for 120PS of power and 172Nm of torque, comes paired with either a 6-speed manual or a 7-speed DCT. The 1.2-litre naturally aspirated unit which makes 83PS and 115Nm, meanwhile comes mated to a 5-speed manual gearbox. And the oil burner is the 1.4-litre unit which makes 90PS of power and 220Nm of torque paired with the 6-speed manual.

Hyundai has pitched the Venue as India’s first connected SUV as it features Hyundai Blue Link and accompanying features. An 8.0-inch touchscreen infotainment display with Apple CarPlay and Android Auto, climate control,  six airbags, electronic stability control, hill assist are some of the other features. Main competitors include the Maruti Suzuki Vitara Brezza, Tata Nexon, Ford EcoSport, and the Mahindra XUV300. Prices for the Venue start from Rs 6.50 lakh and go all the way up till Rs 11.11 lakh (ex-showroom India).