Tata Tiago NRG To Come Back On August 04 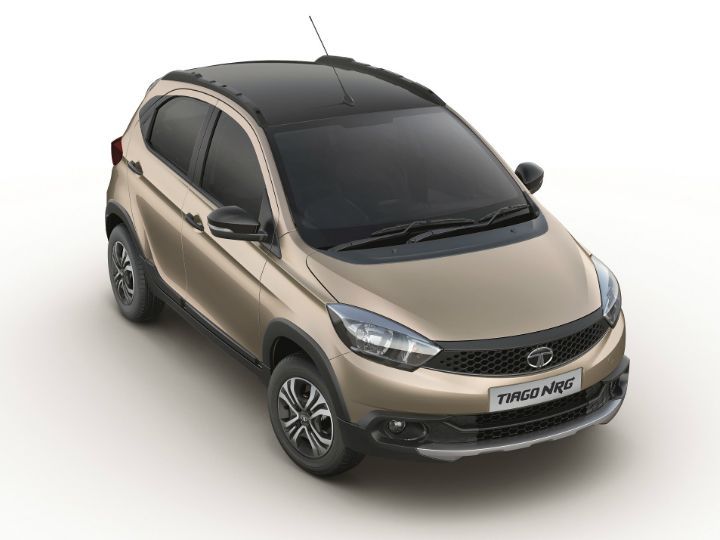 Note: All images in this article are used for representational purposes only.

Tata Motors will reintroduce the Tiago NRG on August 04. The crossover variant was discontinued ahead of the facelifted hatch’s introduction in January 2020. However, the carmaker is now relaunching this rugged-looking variant with SUV-esque styling elements in the facelifted Tiago.

Like the pre-facelift Tiago NRG, the updated model will feature all-around body cladding, (probably) a black plastic element on the tailgate, and a new wheel design to make it look like an SUV. Also, it could sit higher than the standard model. For reference, the Tiago’s ground clearance is 170mm.

Inside, the cabin layout will be similar to the standard Tiago, but maybe with contrasting orange touches around the AC vents and gear lever. It could also get distinct upholstery, possibly with tri-arrow design elements on the fabric, as seen in Tata cars of late.

Passenger safety is taken care of by dual airbags, ABS with EBD, and rear parking sensors with a camera.

No changes will be made to the mechanicals. The facelifted Tiago NRG will rely on the 1.2-litre Revotron petrol engine developing 86PS and 113Nm. It should be offered with a 5-speed manual and AMT.

Considering the design updates, the facelifted Tiago NRG should command a premium of around Rs 28,000 over the standard model, which is priced from Rs 4.99 lakh. It will take on the Maruti Suzuki Celerio X.