While this week wasn’t as action-packed as the week before, there was more than enough four-wheeler dope 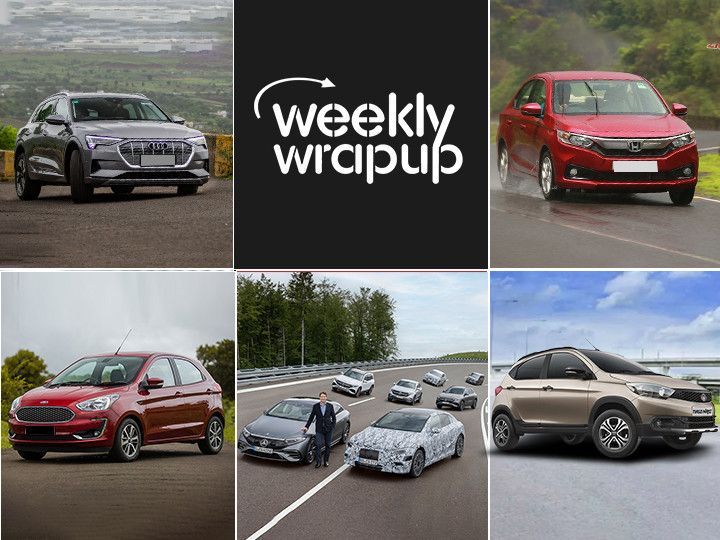 The last seven days in the automotive industry witnessed a variety of topics make headlines which includes car launches, launch dates, a future strategy and a lifeline for vintage cars in the country. Here’s more on what transpired:

Audi has brought over the e-tron as the carmaker’s first electric vehicle in India. Offered in two body styles (SUV and Sportback), and three variants, the  e-tron boasts a clean design, is loaded with features, and utilises a dual-motor setup driving all four wheels with driving range up to 480km. To know about what’s packing in the e-tron, head here.

Tata Is Bringing Back The Tiago NRG

Good news for the enthusiasts, Tata Motors has announced that it will be reintroducing the rugged-looking NRG variant to the Tiago. It was earlier discontinued ahead of the facelifted hatch’s launch in January 2020, and now it is being relaunched for the updated Tiago.  To know when it's coming and what to expect, head here.

Honda Amaze To Be Updated

Another announcement this week is that Honda will be giving the Amaze compact sedan a mid-life facelift this August. While details are scarce, we think the updates will be subtle and mostly cosmetic. Head here to know what we expect to be changed in the Amaze.

Mercedes-Benz revealed an update to its ‘Ambition 2039’ electrification strategy, and the carmaker is set to further accelerate that push by setting a target to go all-electric by the end of this decade. To achieve that Mercedes has new models, new platforms, a new operating system, gigafactories, and even a radical concept car on the agenda. To know more about what’s coming, head here.

A sigh of relief for car collectors worried about the fate of vintage vehicles in India, as the Ministry of Road Transport and Highways (MoRTH) officially formalised the registration of vintage motor vehicles in India. Of course there are certain parameters required for vintage cars to qualify for these new rules. To know about it and the formalities required to register a vintage vehicle, head here.