Here Are The Cars Launching In September 2020

Four of the five new cars launching this month are SUVs 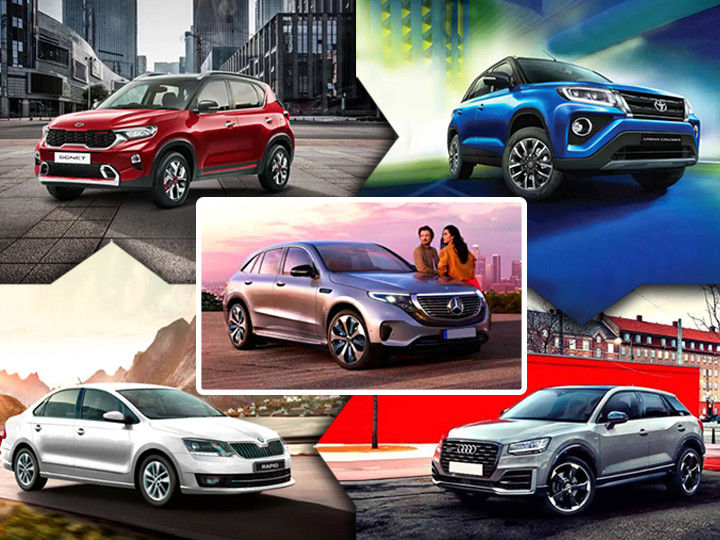 September 2020 is here and the Indian four-wheeler world will see five new cars hitting showrooms this month. And going by the shifting trends, four of them are SUVs while only one is a sedan. While that may put sedan enthusiasts down, we must admit that all four SUVs launching this month are nothing short of exciting. Here’s the list:

Kickstarting this list is one of the most anticipated models this year, the Kia Sonet, set to reach showrooms in mid-September and sit in the hotly contested sub-4 metre SUV segment. It looks the part, comes loaded to the gills with features and has a wide range of powertrain options to choose from. The final nail on the package is the pricing and Kia already has a winner on their hands if it is priced right.

Imagine a Vitara Brezza injected with a tinge of Toyota’s DNA, voila it’s the Urban Cruiser. The main talking point here is the revised front fascia, which follows Toyota’s design language. The silhouette, alloy wheels, tail lamps and even the interior design is similar to the Brezza. Heck, it even utilises the Brezza’s 1.5-litre petrol engine. But the Urban Cruiser’s main USP over the Brezza is its three year/1,00.000km warranty package and Toyota’s famed after-sales service.

Fancied an automatic variant of the recently introduced Skoda Rapid TSI? Your prayer is set to be answered soon as Skoda will launch the Rapid TSI AT by mid-September. The 110PS 1.0-litre TSI turbo-petrol engine will be coupled with a 6-speed torque converter automatic gearbox. Expect an affordable starting price as the range will kickstart from the second to base Rider Plus variant.

The Mercedes-Benz EQC could take the title as ‘India’s first luxury EV’ when it reaches showrooms by September-end. The EQC is powered by twin electric motors that put out 408PS and 760Nm. It’s paired to an 80kWh battery pack and has a WLTP claimed range of over 400km. Moreover, we just got to drive the India-spec EQC. So stay tuned for our first drive review.

After launching a host of premium cars, Audi will soon go mass market with the Q2. The baby SUV from Audi, also its entry-level offering, could be the most affordable four-rings you could buy. We were the first to report about its possible launch in September and we even have got the detailed variant-wise specifications right here. Moreover, this baby SUV will be offered with a 190PS 2.0-litre turbo-petrol engine. Are you waiting for this one?