The Urban Cruiser is more than just a rebadged Vitara Brezza 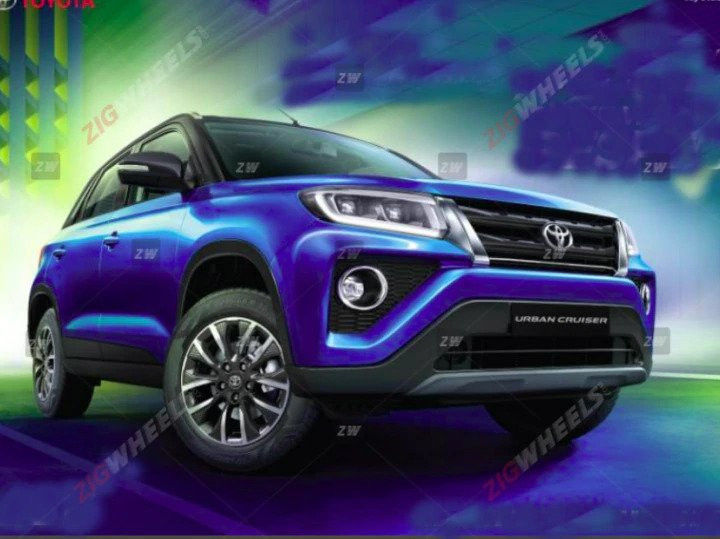 Toyota is all set to launch its second product under the Toyota-Maruti Suzuki joint venture, the Urban Cruiser sub-4metre SUV, tomorrow. Pre-launch bookings were recently opened for a token amount of Rs 11,000. In addition to this, a 2-year/20,000km free maintenance package is being offered for customers who booked the Urban Cruiser before its launch. While it is based on the Maruti Suzuki Vitara Brezza, there are some differentiating factors. Here’s five things to know about the Urban Cruiser ahead of its launch:

More Than Just A Rebadge

Unlike the Glanza hatchback that was pretty much a Baleno with a badge swap, there’s actually some bits that make the Urban Cruiser stand out. They include a twin-slat grille and more aggressive fog lamp housing. The rest of the sub-4metre SUV looks the same as the Brezza right from the overall silhouette to the tail lamps and alloy wheels. The cabin is also identical to the Brezza aside from a new coffee-brown colour scheme.

The Urban Cruiser will get the same feature list as the Brezza. Notable features  include a 7-inch touchscreen infotainment system with Android Auto and Apple CarPlay, LED lighting, steering-mounted audio controls, climate control, cruise control, rain-sensing wipers, and auto-dimming rearview. Dual airbags, ABS with EBD, rear parking sensors and a rearview camera are some of the safety features on offer.

Under the hood, the Urban Cruiser and Brezza share the same heart in the form of a 1.5-litre petrol engine, developing 105PS of power and 138Nm of torque. The engine  is then paired with either a 5-speed manual transmission or a 4-speed torque converter. What’s more is that the automatic variants also get a mild-hybrid system featuring auto idle start-stop and torque boost.

Toyota is expected to price the Urban Cruiser from Rs 8.25 lakh (ex-showroom) and the SUV will be offered in three variants: Mid, High and Premium. It is likely to be similar to the Vitara Brezza’s VXI, ZXI and ZXI+ trims.