The bike is sleeker and more aerodynamically efficient than before 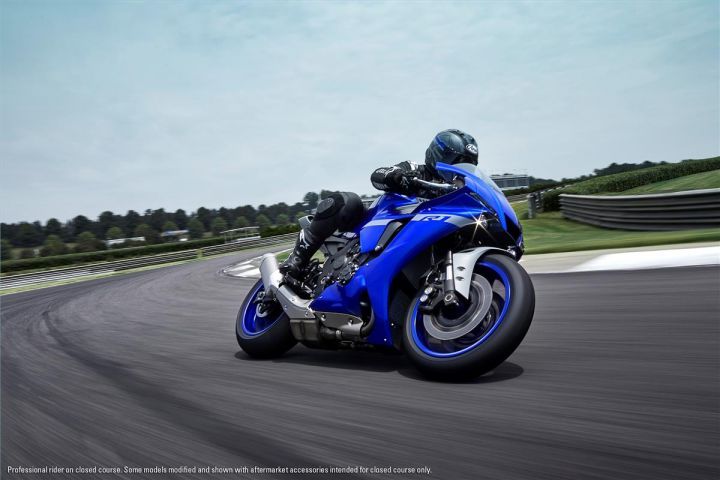 Yamaha took the wraps off the 2020 YZF-R1 at the recent WSBK race weekend at Laguna Seca. The bike features a reworked crossplane engine, better suspension, an updated electronics package and an aerodynamically improved front fairing with new LED lights. The standard YZF-R1 will be offered in Team Yamaha Blue and Raven Black paint schemes.

To begin with, the fairing and windscreen have been redesigned to mimic its MotoGP counterpart. The fairing now flows smoothly to merge with the fuel tank, which claims to improve aerodynamic efficiency by 5.3 per cent. For increased rigidity, the fairing is reinforced by a new aluminium air duct which sits behind the front cowl while the lower section of the fairing covering the exhaust system is now made from titanium. Other notable changes include new LED headlights, tail lights and turn signals. That’s not all, the bike also sheds weight thanks to lightweight magnesium wheels and an aluminium fuel tank.

At the heart of the R1 lies a Euro V-compliant 998cc crossplane inline four-cylinder engine which produces the same power output of 197PS. What’s changed though are the internals. In essence, the motor now uses new finger followers rocker arms, new cam lobes and springs which reduce friction and offer better reliability of the engine at high rpm. A 10-hole Bosch fuel-injection system provides a wide spray angle which further improves efficiency. The engine also uses a shorter air intake tract and airbox, helping it breath better. According to Yamaha, a new accelerator position sensor and a ride-by-wire throttle ensure smoother throttle response.

In terms of electronics, the bike features a six-axis IMU with new cornering ABS with two levels of brake control, three levels of engine braking and updated launch control system. All of this can be fine-tuned to suit the rider via its TFT instrument console.

The Yamaha YZF-R1 is priced at Rs $17,399 in the USA and it’s expected to hit UK sometime in September this year. We expect the bike to be launched in India towards the end of the year with a premium of around Rs 1 lakh-1.5 lakh over the current model which currently retails at Rs 20.39 lakh. Once launched, it will go up against the Ducati Panigale V4, Suzuki GSX-R1000, Kawasaki ZX-10R and the newly launched BMW S 1000 RR.