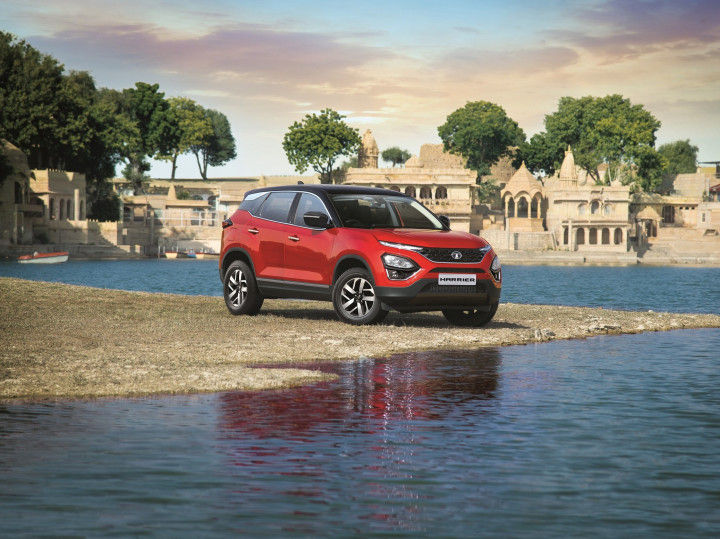 Tata Motors has officially announced the commencement of bookings for the 2020 Harrier ahead of its unveiling at the Auto Expo. The carmaker has also introduced a new automatic variant of the SUV. It will come with cosmetic revisions, a panoramic sunroof, and a BS6-compliant 170PS diesel engine. Tata has revealed details of the AT variants of the upcoming model. Here are five things you need to know about it:

The 2020 Tata Harrier will come with a host of cosmetic upgrades. Highlights include new machine-finished 17-inch alloy wheels and a new Calypso Red colour. Further, Tata has redesigned the Harrier's outer rearview mirrors to make them more aerodynamic.

The 2020 Tata Harrier will come with new features to make it more appealing. Some of these include a panoramic sunroof, 6-way powered driver seat with adjustable lumbar support, and an auto-dimming IRVM. All of these variants will be standard on the top-spec XZA+ and XZ+ trims. Features like an 8.8-inch infotainment system, climate control, JBL sound system, drive modes and a 7-inch multi-info display will be retained.

The Tata Harrier BS6 will utilise the existing 2.0-litre Kryotec Diesel engine, albeit uprated to develop more power. Called the Kryotec 170, it puts out 170PS of power, making it 30PS more powerful than the current motor. However, the torque rating has not been disclosed and is likely to remain at 350Nm.

Tata will also address the Harrier’s Achilles heel with the new model - the lack of an automatic gearbox. The 2020 SUV's 6-speed automatic transmission is sourced from Hyundai.

Which Variants Will Get The Auto ‘Box?

The 2020 Harrier AT will be offered in three variants - XMA, XZA and XZA+. Further, the manual variant gets a new top-spec XZ+ trim.

Considering the updates, the 2020 Harrier could start from Rs 14 lakh (ex-showroom). When launched, it will renew its rivalry with the MG Hector and Mahindra XUV500.