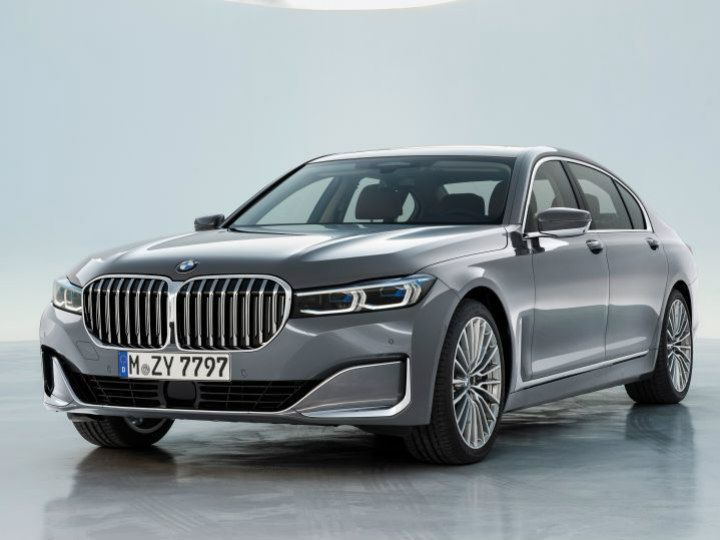 The 2019 iterations of BMW’s flagship sedan, the 7 Series and its new flagship SUV, the X7 is set to be launched in Indian market on 25 July. While the sedan has received updates inside and out, the X7 marks the debut of BMW’s GLS rival. It is the new flagship SUV in the lineup and is larger and better equipped than the X5.

The 2019 7 Series made its international debut in April 2019. It gets various cosmetic updates starting from the larger grille, slimmer LED headlamps and the thinner connected LED taillamps. Inside, the 7 Series gets features like a new all-digital 12.3-inch instrument cluster from the new 8 Series and X5, subtle dashboard revisions and better cabin insulation with acoustic glass.

Under the hood, the top-spec 760Li XDrive variant will retain the V12 600PS/850Nm engine. The 4.4-litre V8 engine, on the other hand, gets an 80PS boost and now makes 530PS and 750Nm. The 7 Series will also get three diesel engine variants with power outputs ranging from 265PS to 400PS. Its plug-in hybrid variants will get an inline six-cylinder petrol motor alongside an electric motor that makes a combined power output of 394PS and has a 58km pure electric range. All engine options will come mated to an 8-speed steptronic transmission.

The BMW X7 was launched globally in October 2018 and has also been spotted testing on Indian roads. Despite the fact that only the M50d was listed on the Indian website, the variant spotted testing was the lower-spec xDrive 40i. The new X7 gets a large kidney grille which is common in today’s BMW cars along with laser headlights and 22-inch dual-tone alloy wheels.

On the inside, key features on the X7 include dual 12.3-inch displays for the instrument cluster and infotainment, four-zone climate control, six-colour ambient lighting, 10-speaker audio system, onboard Wi-Fi and more. Under the hood, the M50d variant will get a 3.0-litre petrol engine with a power output of 340PS and 450Nm of torque. Its diesel counterpart uses a 3.0-litre motor good for 400PS and 760Nm of torque. All engines will come paired with an 8-speed automatic gearbox.

The 7 Series is expected to carry a price tag in the range of Rs 1.5 crore-2.5 crore, whereas the X7 is expected to be priced at around Rs 1.2 crore. Once launched, the X7 will take on the Mercedes-Benz GLS, which is set for an update in 2020 as well as the upcoming Audi Q8. On the other hand, the 7 Series will take on rivals like the Jaguar XJ and the Mercedes-Benz S-Class.