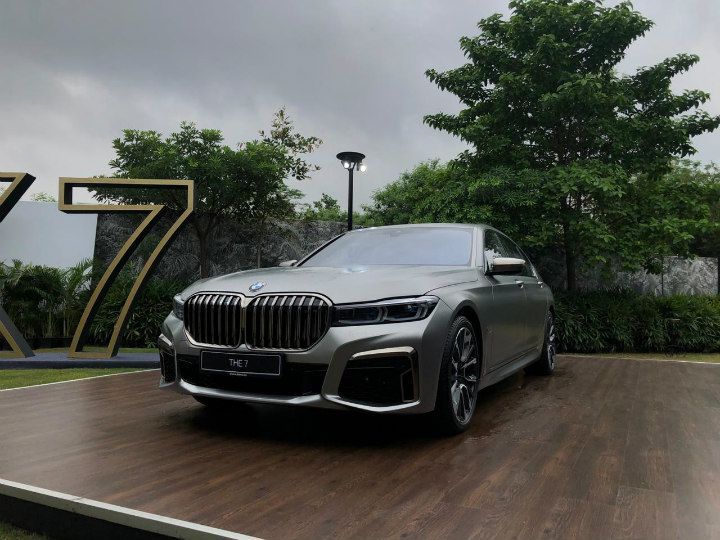 The long-awaited 2019 iteration of BMW’s flagship sedan, the 7 Series, has been finally launched in the Indian market. Along with the 7 Series, BMW has launched its flagship SUV called the X7 in India The new sedan that made its international debut in April 2019 sports a host of updates inside and out. The flagship sedan comes in a total of six variants, which include three diesel, two petrol and one plug-in hybrid variant.

On the outside, the 2019 7 Series gets various cosmetic updates starting with the humongous kidney grille, slimmer LED headlamps with BMW’s laser lighting tech, to a revised front bumper with chrome edges. The rear of the sedan gets thinner connected LED taillamps with a full-width light strip. Other than that, the 7 Series also gets a wider exhaust tip design and new 18, 19 and 20-inch alloy wheels to complete the exterior changes.

Opulence is what the flagship sedan has been known for and the latest iteration will take that to next level. Inside, the 7 Series gets features like a new all-digital 12.3-inch instrument cluster from the new 8 Series and X5, along with a 10.25-inch infotainment display, which hogs most of the space on the dash.

The other petrol variant, the 740Li DPE Signature is powered by a 3.0-litre inline-six cylinder motor that makes 340PS of power and 450Nm of torque. This powers the 740Li from a standstill to 100kmph in 5.6 seconds.

The 745Le xDrive plug-in hybrid variant is powered by a 3.0-litre inline six-cylinder petrol motor alongside an electric motor that makes a combined power output of 384PS and 600Nm, with a pure electric range of 58km. It gets the petrol-hybrid sedan from 0-100kmph in 5.3 seconds. All engine options are Euro 6 compliant and will come mated to an 8-speed Steptronic transmission.

The 7 Series facelift will take on other luxury sedans like the Jaguar XJ and the Mercedes-Benz S-Class.