The BMW 7 Series facelift can leave you spoilt for choice. We help you choose the right one 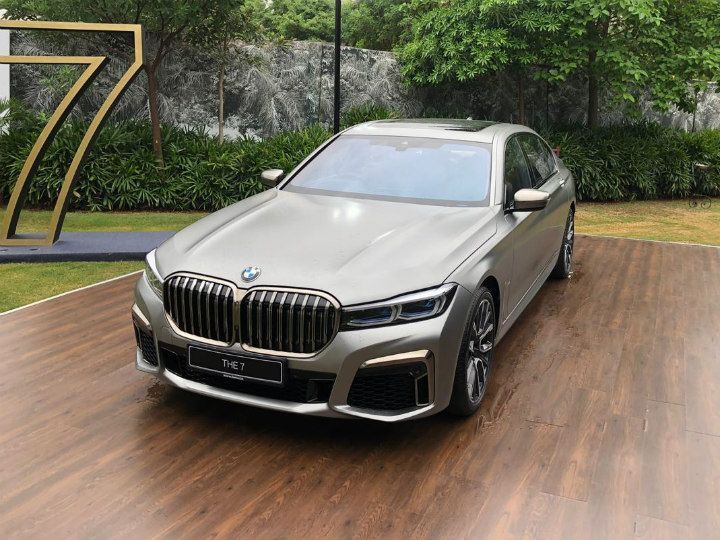 BMW’s flagship sedan, the 7 Series, has gotten a much awaited facelift in India. Not only does it look sharper than before, it also gets more creature comforts and an all-new plug-in hybrid motor added to the mix. Joining the petrol-hybrid are a V12 and an inline-six petrol mill, along with the popular inline-six diesel motor. The 2019 7 Series is offered in six different variants in India, with prices ranging between Rs 1.22 crore to Rs 2.43 crore (ex-showroom India).

The six variants are named 730Ld DPE, 730Ld DPE Signature, 730Ld M Sport, 740Li DPE Signature, 745Le xDrive and M760Li xDrive.  Of all these variants, which should you ideally be going for? Here’s a detailed look at what each variant will offer.

The base spec variant of the BMW 7 Series is the first of the diesel options available. It is powered by a 3.0-litre inline-six motor delivering 265PS of power and 620Nm of torque. These figures propel the sedan from 0-100kmph in 6.2 seconds. It packs a whole host of features like the BMW connected car tech that consists of the new, all-digital 12.3-inch instrument cluster from the new 8 Series and X5, along with a 10.25-inch infotainment display with Apple CarPlay and live navigation among others. Safety equipment like front, side and rear airbags, ABS, DSC,Dynamic Traction Control and more are offered as standard on the 7 Series.

The base variant does miss out on features like BMW’s laser light tech, executive lounge seating, LED panoramic sunroof and heated seats. The 730Ld is limited to a Fine-wood trim, a leather ‘Dakota’ black/brown upholstery, 18-inch multi-spoke alloy wheels and 3 exterior colour options- Black Sapphire, Imperial Blue Brilliant Effect and Mineral White. Except for the lounge seating option, the 730Ld is a good variant to go for if you want the 7 Series experience.

The first of the petrol variants is powered by a 3.0-litre inline-six cylinder motor that makes 340PS of power and 450Nm of torque. This powers the 740Li from standstill to 100kmph in 5.6 seconds. It retains all of the features from the 730Ld DPE Signature variant, but gets the Bernina Grey color option instead of Royal Burgundy Red.

The mid-spec 7 Series petrol variant is a petrol plug-in hybrid that is powered by a 3.0-litre inline six-cylinder petrol motor alongside an electric motor that makes a combined power output of 384PS and 600Nm. It comes with a pure electric range of 58km and propels the petrol-hybrid sedan from 0-100kmph in 5.3 seconds. It retains plenty of features from its pure petrol-powered variant but gets more variety of interior trim as well as all the ‘Nappa’ leather upholstery options to choose from. Aside from that, it has the option to choose from an 18-inch Multi-spoke, 19-inch V-spoke, 20-inch Multi-spoke and 20-inch W-spoke style alloy wheels.

The top spec variant of the 7 Series sedan boasts an opulence of luxury as well as power compared to its lower variants. It gets the most powerful petrol motor in the form of a 6.6-litre V12 that makes 609PS of power and 850Nm of torque. It propels the sedan from 0-100kmph in 3.8 seconds. It is available in the M Sport exterior package as well as the standard character package available in the other variants. It gets additional features like a  BMW Heads-Up Display, BMW Night Vision, and a Bowers and Wilkins Diamond Surround Sound (1400 W, 16 Speakers) system as options. Alongside the Nappa upholstery, the M760Li xDrive also gets ‘Merino’ upholstery with up to 6 different trim options.

The top spec 7 Series also gets 6 additional exterior color options to choose from. As for the wheels, the 7 Series gets the option of 20-inch alloys in double-spoke, star-spoke, V-spoke and W-spoke trims.

It will take on other premium sedans like the Jaguar XJ and the Mercedes S-Class in the Indian market.