The RC 390 has ruled its category ever since its launch, and with the 2017 updates its appeal is only set to rise substantially. Here are the top five facts about this new machine 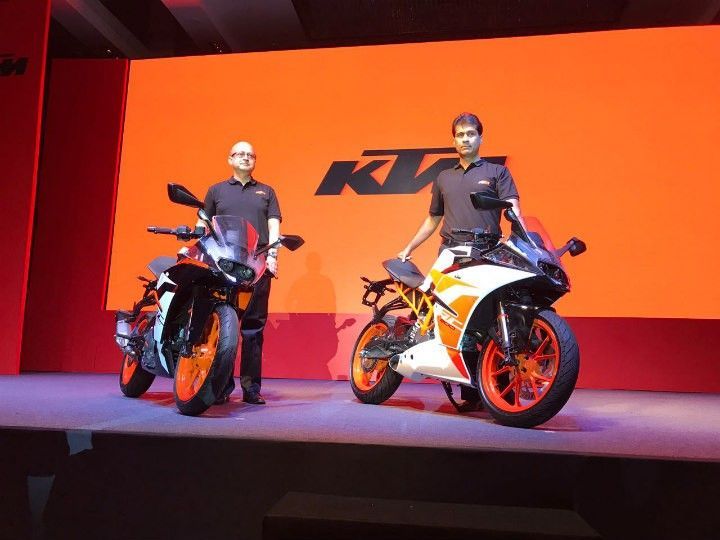 The updated versions of the KTM RC 390 and RC 200 have finally been introduced in the country. Both the bikes now comply with BSIV emission norms, but it’s the RC 390 that carries a significant number of changes. We list its top five facts.

Looking at the images from the launch event, the cosmetic changes to the RC 390 are apparent and will significantly raise the bike’s road presence. The sporty bright white and gloss black graphic setup, along with orange detailing on the fairing and at places, is far more flamboyant than the previous bike's rather dull paint scheme. Additionally, the bike has been given a UV resistant paint for the first time, which will increase the paint's longevity. One can also notice the ‘RC 390’ moniker under and either side of the pillion seat, which receives 12mm of extra padding for added comfort. Moreover, the side-slung BSIV compliant exhaust unit looks beefy with the black and brushed metal setup.

The motor is the same 373.2cc single-cylinder liquid-cooled four stroke unit with minor tweaks. The engine now carries ride-by-wire technology, which makes the bike more responsive and more ideal for track use. While the power remains unchanged at 43.5PS, the torque gets bumped by 1Nm to 36Nm. The unit, however, retains the slipper clutch mated to the 6-speed race-tuned gearbox.

The RC 390 has been bestowed with a slew of new features. The bike gets new adjustable clutch and brake levers. It also gets bigger rear view mirrors, which should make them more usable with a better field of view – something that the previous ones struggled with. The bike also gets smart features like EVAP – prevents vaporised fuel loss – and CAN BUS – a centralised switchboard so that there are no loose cables hanging around inside the fairing of the bike. It also features a bigger disc brake at the front, 320mm against the previous 300mm. On the other hand, the WP suspension system at the front (upside down) and back (mono-shock) remains intact, along with the dual channel ABS unit and the LCD instrument panel.

Now, this one’s interesting -- the new RC 390 is significantly heavier than the previous bike. With a dry weight of 163.5kg, it has gained over 15kgs! The most apparent reason for this is the new and bulky BSIV compliant exhaust unit. Also, Bajaj hasn't provided us with the official 0-100kmph and top speed figures. This inevitably indicates towards two possibilities: either the RC 390 is equally fast as the outgoing bike or it is slower. It might be faster, but hey, then why not mention it? Yes, the ride-by-wire technology is going to make the throttle response better, but whether the bike is quicker (in terms of lap times) than before, is yet to be tested.

Bajaj has always made sure that the KTMs are available with the most competitive price tags and it's no different this time too. At Rs 2.25 lakhs (ex-showroom, Delhi), the RC 390 retains its badge of the most affordable supersport machine in its category. Needless to say, the 325 KTM showrooms across the nation will witness an increased flow of queries regarding the bike.