Note, though, that a key detail points to the possibility of this being the all-new RC 200 instead 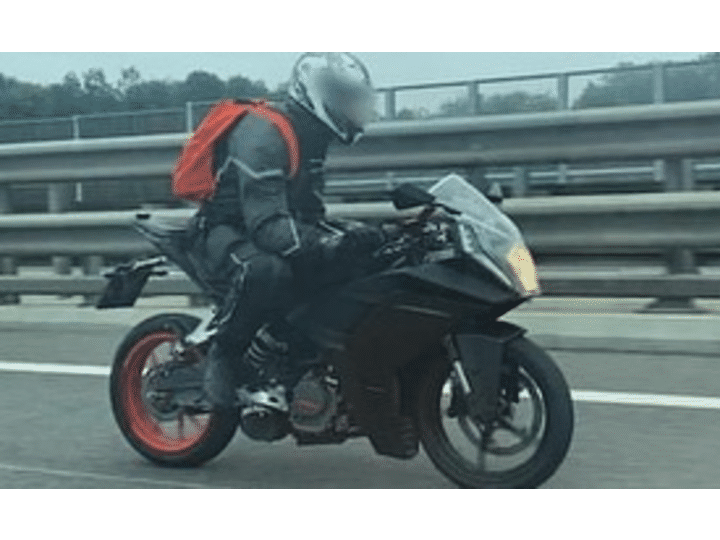 KTM has been testing the next generation RC 390 for a long time and each spy shot reveals some more details about the motorcycle. The latest set of images give us a clearer look at the cockpit, fairing and headlamp.

The new motorcycle will continue to use halogen lighting. This particular test mule, though, does not have the projector setup seen in previous test mules. Like the current generation motorcycle, the RC 390 gets a flyscreen that extends all the way to the headlamp and becomes part of the fairing. On the new motorcycle, it does not look as sporty though. It appears that the next-gen motorcycle will get LED DRL’s and turn indicators flanking the headlamp. The current model gets LED DRL’s on the beak ahead of the headlamp and turn indicators on the mirror stalks.

While there are no details on the motor yet, it appears to be the same Euro 5/BS6 unit as before. The 373cc liquid-cooled motor could offer the same 43PS and 37Nm of torque. However, it is highly likely that KTM could equip the RC 390 with the lean-sensitive traction control and cornering ABS seen on the 390 Adventure. These updates would make the new RC 390 safer and more track-friendly.

The spied motorcycle had a small but significant detail: while the RC 390 test mules spotted before got a conventional exhaust end can, the one here has an underbody exhaust. This begs the question: is this the new KTM RC 200? What do you think? Let us know in the comments below.