The next generation RC 390 will have a completely different, larger bodywork 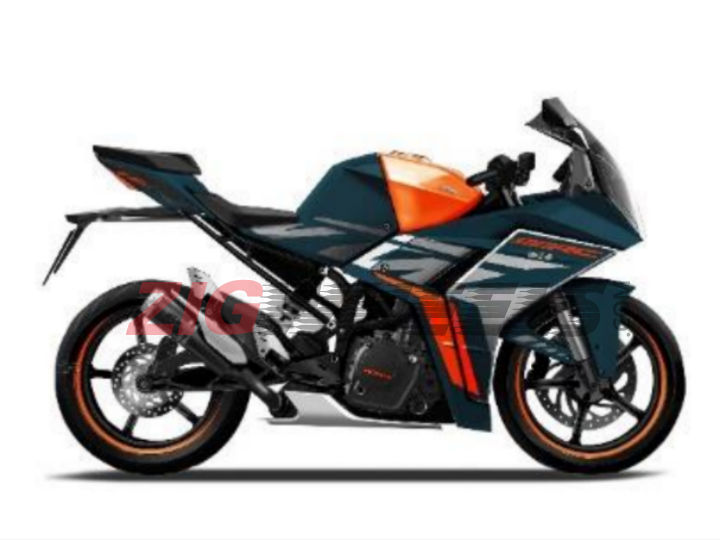 KTM has been working on the next-generation RC 390 since 2018. A few months back, a nearly ready prototype was spotted testing in Europe. While the test mule looked like a nearly completed motorcycle, the spy images did not give away much of the design. A little digging through uncovered images of the upcoming motorcycle replete with KTM livery.

The design rendering shows a larger bodywork, especially the front fairing, which now gets a larger flyscreen. Even the fuel tank appears to be larger and should be able to hold more fuel -- that’s good news for the motorcycle’s range. The tiny 10-litre fuel tank in the current RC 390 was an Achilles heel. The tail section is less sharp now but appears to be mounted taller than before.

KTM will probably replace the RC 390’s current alloy wheels with more robust 5-spoke units. In terms of features, the RC 390 appears to get a halogen projector headlamp. It will continue to use an LED tail lamp and LED turn indicators. The big addition is the colour TFT instrument console from the 390 Duke.

The revised crankcase could be the new BS6 motor. According to rumours, KTM had to increase engine capacity from the current 373cc to meet BS6 emission norms without sacrificing on performance. So, we could expect power outputs similar to or better than the current 43.5PS and 35Nm of torque. We hope the new motor makes more power and torque to offset the extra girth it gets due to the revised bodywork.

Even the underpinnings are different. Like the new 390 Duke, the upcoming RC 390 will receive a completely new bolt-on subframe. Compared to the current RC 390, the rider triangle appears to be more relaxed. With the higher clip-ons and larger flyscreen, KTM appears to make the new RC 390 less supersport and more touring friendly. Do you think it is a good idea? Let us know in the comments below.