These comprise two retro nakeds, a cruiser and a sportsbike 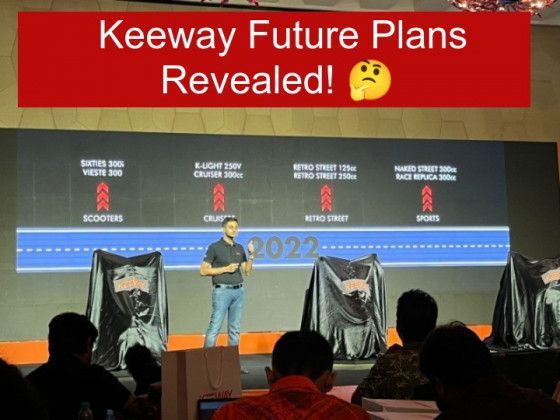 Keeway entered India with a cruiser, maxi-scooter and a retro-styled scooter. The company revealed at the launch about their future plans for the Indian market. Here’s a lowdown into what it intends to get to India:

The two scooters that Keeway had for India: Vieste 300 and Sixties 300i have already been launched.

Powering both the scooters is a 278.2cc, single-cylinder, liquid-cooled engine that produces 18.7PS and 22Nm. This makes them the most powerful budget scooters in India, a position previously held by the Yamaha Aerox 155. They’re second only to the much more expensive BMW C 400 GT.

The Vieste 300 is a proper maxi-styled scooter. Head here to have a detailed look at the images of the Keeway Vieste 300.

The Sixties 300i on the other hand is a retro-styled scooter with a proper vintage design that gives it a rather classy and attractive look. So much so that it resembles the upcoming Peugeot Django to a certain extent. Here are 5 must-know facts about the retro scooter.

Keeway has two cruisers in their lineup for India.

The already showcased K-Light 250V debuts an intriguing 249cc, air-cooled, V-twin engine, making it the only quarter-litre V-twin engine currently on a bike in India. That said, the engine has a rather mediocre 18.7PS and 19Nm on tap, despite the extra cylinder.

The other cruiser will be a 300cc one, which we suspect will be a liquid-cooled, parallel-twin engine. Its main competition would be other retro-themed motorcycles like the Royal Enfield Meteor 350, Honda H’ness CB350 and the Yezdi Roadster.

Keeway has two retro street motorcycles for the Indian market.

The first one will be a 125cc liquid-cooled engine, similar to the RKF series of nakeds seen in the Hungarian market. It will compete against the KTM Duke 125.

The second one will get a 250cc engine that we suspect will be similar to the K-Light 250V’s V-Twin. It could go up against the neo-retro Husqvarna Vitpilen 250 and Svartpilen 250.

Keeway’s sporty motorcycles’ lineup too, consists of two motorcycles. There will be a streetfighter, powered by the same 300cc engine that’s due to come in the second cruiser. This bike will lock horns with the BMW G 310R, Honda CB 300R and KTM Duke 390.

Apart from that, Keeway says that there will be a ‘race replica’ of the streetfighter, meaning a 300cc faired machine. It’ll go up against the likes of the TVS Apache RR 310, Ninja 300 and KTM RC 390.

It could look similar to the Keeway RKR 165 sold in the Bangladesh market, which although comes with a 300cc engine.

All the aforementioned bikes will be launched in India by September 2022. We expect the prices for the bikes to start from Rs 1.5 lakh and go all the way up to about Rs 4 lakh for the most premium ones. If the pricing is spot on, Keeway could get a strong grip in this competitive market.

Bookings for the Keeway Sixties 300i have already commenced across the dealerships for Rs 10,000 and deliveries are expected to begin from June 2022. The brand is also working on expanding its dealer reach and is expected to set up 100 outlets by next year. 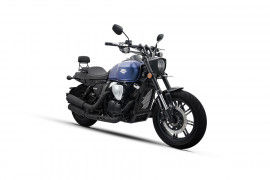