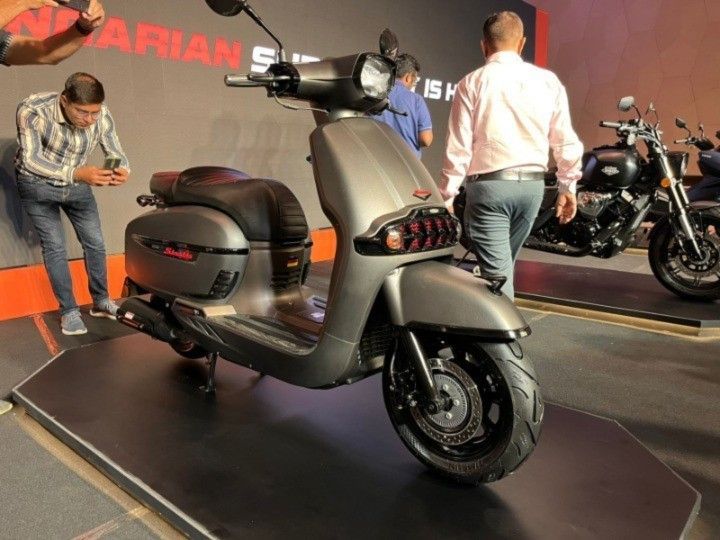 Keeway entered India with three products and one of them is the Sixties 300i. This retro-styled scooter has a lot of interesting bits, some intriguing too. We’ve listed down five crucial points to bring you up to speed with the scooter:

The Sixties 300i’s design is reminiscent of the Peugeot Django with its classy retro styling. It gets an all-LED lighting system with a box-shaped headlight design. The Cadillac-inspired vertical rear indicators exude proper 60’s vibes and the grill-like design on the apron adds to its retro charm, giving it a distinct look.

At the heart of this retro scooter lies a 278.2cc single-cylinder, liquid-cooled engine which has 18.9PS and 22Nm on tap. This makes it the most powerful budget-scooter in India, a position previously held by the Yamaha Aerox 155. The Sixties 300i is now second to only the much more expensive BMW C 400 GT. Interestingly, the engine is also shared with its maxiscooter sibling, the Keeway Vieste 300.

The Sixties 300i comes equipped with a telescopic fork up front and dual shock absorbers at the rear. For the braking front, it gets discs at both ends with dual channel ABS for added safety. Tipping the scales at 136kg makes it 10kg heavier than the Aerox. It rolls on 12 inch wheels, with Timsun tyres measuring 120/70 at the front and rear. The 140mm of ground clearance is a bit on the lower side and could occasionally cause problems on our miserable roads

The Sixties 300i goes retro in the features aspect as well. It comes  with an analogue speedometer along with a digital inset that shows data including an ambient temperature guage, tripmeter, fuel guage and maintenance indicator among others.

What is interesting though, is the fact that this scooter’s fuel filler cap is mounted on the floorboard. Intriguing! It also gets a fuel tank that can hold a massive 10 litres, making it suitable for the longer journeys as well.

The fascia of the scooter packs strong retro elements fused with the latest functional hardware. Point in case, the rounded apron and fender complement the squared-off LED headlight rather nicely. A spacious cubbyhole is provided in the front that also offers a USB charging point and can store a toolkit, first aid kit, and still have enough space for small knick knacks.

We expect the Sixties 300i to be priced at around the Rs 2.3 lakh mark. At that price point, there’s nothing quite like it and it has no direct rivals. But if you’re looking for a retro-styled scooter, you can have a look at the Vespa SXL 150 and the VXL 150.

Bookings for the Keeway Sixties 300i have already commenced across the dealerships for Rs 10,000 and deliveries are expected to begin from June 2022. The brand is also working on expanding its dealer reach and is expected to set up 100 outlets by next year. 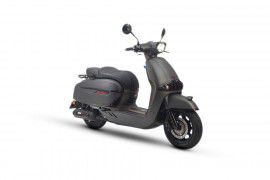