Jawa 42 Bobber Review: Something The Perak Should have Been All Along?

It’s classic parenting by Jawa, make all the mistakes with the first-born, then do it better with the second 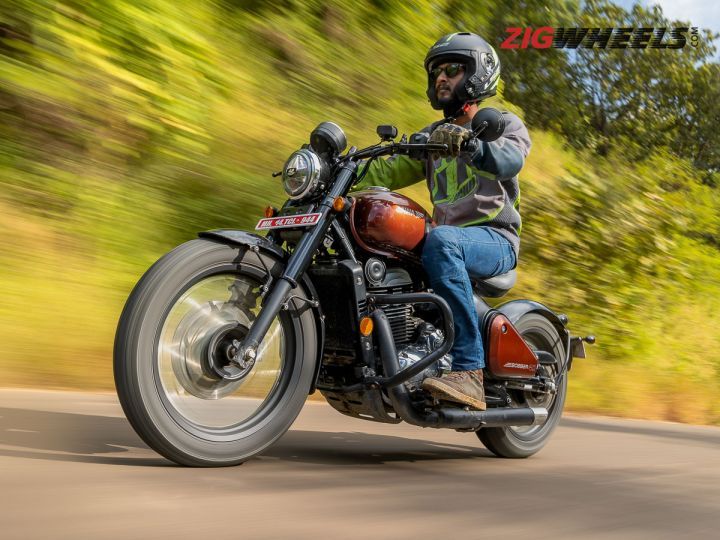 Bobbers are an emotion, having one in your garage is a matter of putting your heart first and head, second. The 42 Bobber is the second bobber-style motorcycle from the house of Jawa and it retails alongside its older and retro-themed sibling– Perak.

Both bobbers are powered by the same heart, but similarities between them run more than skin deep. However, the new 42 Bobber is here to tell a different tale, one that isn’t stuck in the past, but looking ahead into the future. So, let’s see if this bobber can truly tug at our heartstrings.

Let’s begin with the engine…

Yeah, it wears the 42 badge, but the engine on this motorcycle is that of the Perak’s. So, it’s a bigger motor than the standard 42. On paper, the Perak and 42 Bobber are the same:– 334cc, single-cylinder, liquid-cooled engine, 30.64PS, 32.74Nm and a six-speed gearbox. However, the similarities between the two end there.

Jawa has tinkered with the fuel mapping on the 42 Bobber and has also given it a slip-and-assist clutch. While the new fuel mapping is evident and the throttle is crisper, the engine is still not as tractable as we'd like it to be.

You do end up working the gearbox a bit through the slow stuff, but compared to my time with Yezdi motorcycles which use the same engine, I found this one to be far more accommodating. Furthermore, the lever action on the 42 Bobber feels light, which is super useful in the city while crawling through traffic.

Bobbers have traditionally been about having fun. And in that sense, the peaky and revvy nature of this engine does not disappoint. True, the bike is no corner-carver, but blasting down the highway at speeds over 100kmph is effortless.

That said, I wish the engine didn’t feel as clattery and busy. Yes, Jawa has managed to soften the engine’s chatter when compared to some of its siblings, but it still feels a bit trashy. It takes away from that chill riding experience you want while meandering about. A bit more finesse in refinement levels would have been great.

Jawa’s aren’t exactly known for sharp handling, let alone a long-wheelbase bobber like this one. The 42 Bobber is not the most responsive when you hit a corner, but Jawa has retuned the internals of suspension on this one for sportier handling and it shows; the 42 Bobber is a lot fun to chuck around some corners.

But, keep in mind, while riding over smooth tarmac is quite enjoyable, riding over undulations changes the experience considerably. The front fork is fairly pliant and soaks in the bumps pretty well, but the seven-step pre-load-adjustable monoshock is set on the firmer side and tosses the rider a fair bit from the saddle. It's not too harsh at slow speeds, but hit a bump at anything over 50kmph and the kickback is sharper.

I like the brakes on the 42 Bobber, they don’t feel grabby or too sharp. There is a nice progressive bite and I never felt unsettled under heavy braking. You get a 280mm disc at the front and 240mm disc at the rear from ByBre and dual-channel ABS is offered as standard.

Also, this is one of the nicer ABS systems (by Continental) I have tried of late.It’s not overtly intrusive and the pushback on the brake lever isn’t as heavy as on other bikes in this segment.

From afar, it may be hard to distinguish between the 42 Bobber and the Perak, but as you get closer the changes become less subtle. This one gets a new 13-litre fuel tank borrowed from the Yezdi Roadster. This means, you now have knee recesses to cling onto while hustling the bike through corners.

To amplify the 42 Bobber’s sportier look further, Jawa has redesigned the rear fender and taillight assembly. While the Perak gets an under-seat taillight, the 42 Bobber features a fender-mounted unit.

Even the exhaust tips are finished differently for that extra sense of something new. But on the 42 Bobber, form also meets function. For example, one of the biggest complaints on the Perak was its rider’s triangle. Taller riders found its low seat height and slightly rear set footpegs a bit too cramped.

So, Jawa has had to revisit the ergos while developing the 42 Bobber. The company has moved the footpegs 155mm forward, raised the flat handlebar, and most importantly, has given it an adjustable seat.

The 42 Bobber gets a revised seat which also allows for 30mm of adjustability. By loosening two screws, the seat can be moved forwards or backwards to suit your height better. So, taller riders will not struggle with this bike as much. Even the seat pan has been redesigned and features new cushioning which is on the softer side.

That said, I’m roughly about 5’9 and even with the seat at its forwardmost setting, I find reaching for the handlebar a bit of a stretch. Not a dealbreaker, but just an observation.

Features is where you’ll find the 42 Bobber stepping out of the Perak’s shadow. While the Perak takes its retro theme a bit too seriously, the 42 goes for a modern approach with LED lighting, digital instrument cluster and handlebar-mounted USB charging. Honestly, I’m ok with what’s on offer, but not having the option for Bluetooth connectivity or even a simple turn-by-turn navigation just limits my desire to go exploring further.

The fit and finish levels of all these components do not disappoint and the quality of plastics is pretty good too. But, if I were to complain, the readability on the LCD console, especially under harsh light, is simply poor.

And now we’re left with one final question- should you buy the 42 Bobber?

Sadly, the answer is not as straightforward and will require some meandering before we reach a conclusion. See, when you’re talking about motorcycles like the 42 Bobber and the Perak, you have to use the heart more than the head. A single seat motorcycle is hardly ever practical in the real world unless you’re one of those FOSLA (Frustrated One-sided Lovers’ Association) kinds.

You never buy a bobber to blend in, but you buy one, to stand out. In fact, within my circle I know a few people who got the Perak for the same reason. For example, one of them is a serving member of the armed forces, a footloose at heart, and she got one to escape the cliche of owning a Royal Enfield while still sporting that retro vibe.

Is it the most exciting? Maybe not. Could the 42 Bobber have been better? Certainly. But at Rs 2,09,185 lakh (ex-showroom Delhi), the same price as the Perak, you now get more colours, better ergos, a friendlier engine and modern hardware. So, if you have the heart for it, go for it! 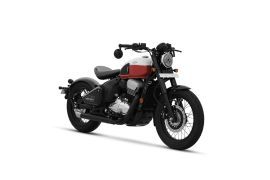 All Comparisons of 42 Bobber

View All
View All
Trending Jawa Bikes
All Jawa Bikes