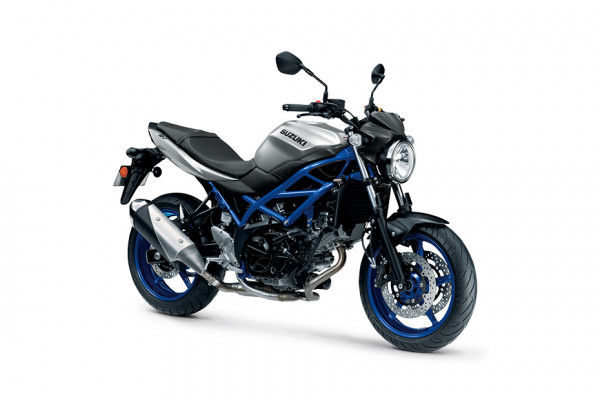 Rate this bike
Alert me when launched Ask A Question

The Suzuki SV650 is powered by a 645cc V-Twin, liquid-cooled engine that delivers 76PS at 8500rpm, while peak torque of 63.7Nm comes in at 8100rpm. Power is transferred to the rear wheel via six-speed gearbox. Suspension duties are managed by telescopic front forks and a monoshock at the rear. Braking is managed by dual discs up front and a single disc at the rear, with ABS as standard.

The 2018 version of the Suzuki SV650 has gone through a number of changes, with a larger focus on weight reduction. The styling has been kept simple and is no different from the earlier model. According to Suzuki, the new SV650 has 140 new parts that have helped reduce the weight by 7kg and bring it down to 198kg (kerb). New features consist of a single-push starter button and low-rpm assist feature, which prevents the engine from stalling during low-speed pick up.

Kawasaki Z650 : The new Z650 replaces the Kawasaki ER-6n. The Z650 is not only better looking, but also lighter by 19kg, in comparison to the ER-6n. The parallel-twin motor isn’t as powerful or torquey as the SV650 on paper, neither is it as light as the SV. On the bright side, the Z650 gets a slipper clutch and ABS is offered as standard.

Benelli TNT 600i: This is the only four-cylinder motorcycle on offer in this price bracket. Not only does it look chunkier than the competition, but is, in fact, the heaviest of the lot as well. ABS is standard here as well. While you will enjoy the 4-cylinder symphony, you will really need to twist that throttle to get the rush you desire, despite it being the most powerful with 85PS on offer.

Suzuki SV650 is going to launch in India with an estimated price of Rs. 6.00 Lakh

What is the expected price of Suzuki SV650?

What is the launch date of Suzuki SV650?

The estimated launch date of Suzuki SV650 is August 2021.