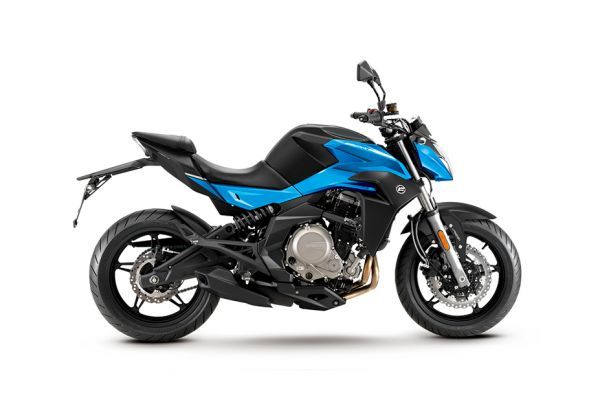 Chinese bike maker, CFMoto has finally launched its mid-capacity naked motorcycle, the 650NK, in India at Rs 3,99 lakh (introductory ex-showroom price). This makes the CFMoto 650NK Rs 1.7 lakh less expensive than its arch-rival, the Kawasaki Z650. It is powered by a 649.3cc parallel-twin engine which makes 61PS of power and 56Nm of torque. The streetfighter features telescopic forks at the front and a monoshock at the back. Braking hardware consists of a twin disc setup at the front and a single rear disc.

A stylish streetfighter from a brand you’ve barely heard of enters a segment with a Japanese monopoly. Is the headline act of a price tag enough to make the 650NK click in India?

What is the price of CFMoto 650NK?

Does the CFMoto 650NK have ABS?

What is the EMI of CFMoto 650NK in Delhi?

What are the colours available in CFMoto 650NK?