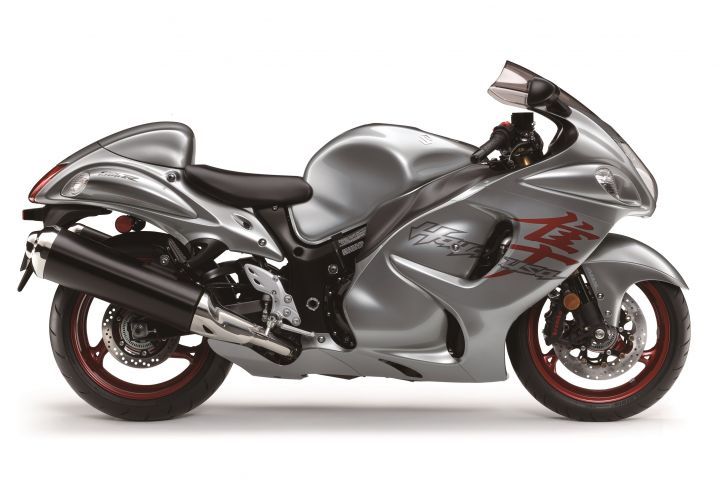 Leave it to the Japanese to create two-wheeled monsters that can leave you gasping for breath both on the bike and off it. And what better example of this than the Suzuki Hayabusa and the Kawasaki Ninja H2, representing the two extremes of the motorcycling world. The Busa being the last of the analogue hyperbikes, and the H2 being the epitome of the latest and greatest technology man has to offer. Today we compare them both, not to give you buying advice but just to see who comes up on top.

Also Read - Is Suzuki Working On A New Hayabusa?

If you need a perfect example of how a couple of extra CCs doesn’t equal to more ponies on tap, look no further. Despite packing a “smaller” engine than the Busa, the Ninja makes almost 34PS more power than the Suzuki! The folks at Kawasaki were able to do this by fitting a freaking supercharger developed in conjunction with the company's aerospace division, inside the motorcycle. The end product of all these is a track monster with a sweet, sweet-sounding howl.

The Suzuki Hayabusa, on the other hand, has remained mechanically the same for the better part of the decade now. However, despite its older mechanicals, the Busa’s engine still hasn’t lost its top-notch refinement and hair-raising power delivery. Going forward, things are looking quite optimistic, however.  There have been strong rumours of Suzuki introducing an all-new Hayabusa with a turbocharged engine. If true, well, we’ll have to revisit this story again in the future.

When it comes to features, to put it simply, this is an apples to apples comparison. One being the fruit and the other a high-end smatphone. The Suzuki Hayabusa is a product of its time and it shows. It gets a dated instrument cluster, ABS and Suzuki’s ‘Drive Selector Mode’ which lets you choose different engine maps to suit your riding needs. Modern-day rider aid electronics like traction control, wheelie control, etc have been given a miss here.

The Ninja, on the other hand, has everything latest and greatest on offer here. It comes with functionalities like Kawasaki’s corner management function, launch control, engine brake control, quick shifter sliding control and traction control. It also gets a smartphone-compatible TFT screen taken from the H2SX, an all-LED lighting system and a self-healing paint!

Contrary to what you might make of the Hayabusa, despite its hulking appearance and 260kg-plus of weight, it handles like a proper sportbike. The ergonomics of the motorcycle are comfortable and not as committed as the H2. Even the saddle height is pretty low by superbike standards. Pair this with a massive 21-litre fuel tank and you have a pretty good sports tourer on your hands.

The true strengths of the Ninja H2 can only be exploited on a racetrack. It gets a fairly committed riding position with clip-on handlebars and rear-set footpegs. It also comes with top-spec underpinnings, lighter kerb weight and shorter wheelbase, to help you carry more speed on the apex.

The Suzuki Hayabusa is Rs 21 lakh cheaper than the H2! Thanks to it being a CKD unit, the former is the most value-for-money sportsbike you can buy right now. It also helps that it faces no issues in terms of part availability or servicing routines. Kawasaki, on the other hand, brings the H2 here as a CBU unit. And being a pretty exclusive motorcycle, you might face some issues while getting it serviced, ordering for replacement parts and more.

We know it’s a cop-out to say this, but there are no winners here. Both the motorcycles are built for very different purposes and are offered at very different prices range.