It replaces the 5GT in BMW's portfolio, and (thankfully) doesn't look like a tired platypus 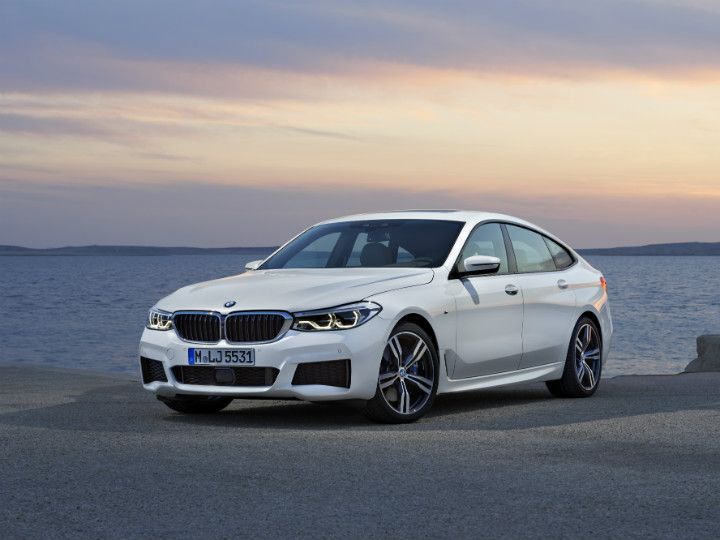 Meet the new 6 Series Gran Turismo. You can call it the 6 GT if you please, or the G32 if you want to show off. BMW calls it "an extensively updated successor to one of the most creative vehicle concepts of recent years" — *enter eye-roll emoji*. Anyway, what BMW has managed to dish out now, is among the best that this design language can spawn.

The nose is flatter, and the face is modelled on the lines of the new 5 Series. The signature all-LED headlamps and the kidney grille mark their attendance as expected. What makes the new 6'er particularly angry-looking is the M Sport kit that gives it the aggressive front apron with large air dams.

The 6 GT measures 5,091mm in length, 1,902mm in width and 1,538mm in height. Compared to the outgoing 5 GT, that's an increase of 87mm in length, a 21mm reduction in height, and width remains unchanged. The highlight of the design is the coupe-ish roofline that simply dives into the tail that BMW points out now sits 64mm lower. Oh, in case you're wondering — yes it has frameless doors like the 3 GT.

The whole purpose of the 'GT' range of cars from BMW is the added practicality. Has the 6 GT forgotten about it? Nope. The notchback bootlid means you get a huge aperture to stuff your luggage into. The 610-litre boot should be more than adequate for your golf bags. Flipping the second row down gives you 1800-litres of boot space, in case you want to ferry the golf cart around. For some added practicality, the rear bench features a 40:20:40 split. BMW also points out that the floor is lower by more than 5cm and sits flush with the boot floor.

BMW has thrown in practically every feature in the book into the 6 GT as well. Highlights include a 10.25-inch touchscreen infotainment system (iDrive in BMW speak) with gesture control, remote control parking, a heads-up display and an eight-way massaging front seat. The rear seats can be electrically reclined, and rear occupants get their own screens — howdy ho Sahib Ji!

Let's talk engines, of which there are three - two that sip petrol and one diesel.

All three engines are paired with BMW's 8-speed 'Steptronic' automatic gearbox with manual override. While the 2.0-litre petrol is rear-wheel drive only, the bigger engines get the option of BMW's 'xDrive' all-wheel drive tech.

That's quite a lot of car, isn't it? Will it be India-bound? It does seem logical, as it'd bridge the gap between the new 5 Series and the 7 Series.