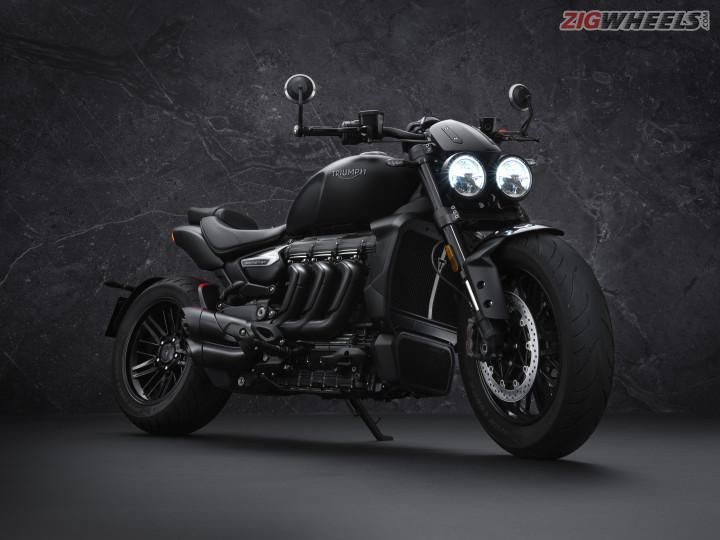 Triumph went bigger, badder and meaner with its latest generation of the Rocket 3. Powered by the largest motor ever attached to a production-spec motorcycle, the Rocket 3 first arrived on our shores in its R trim at IBW 2019, with the GT version following it last year. For 2021, Triumph didn’t really need to do much with the 2.5-litre motor, which was already EU5/BS6-compliant. The Brit bikemaker has taken 2000 units of its torque monster (1000 units of each variant) and dipped them in a well of black paint. The end result? Meet the Rocket 3 R Black and the Rocket 3 GT Triple Black.

As the name indicates, these Black edition Rocket 3s are dark versions of their standard counterparts, both with unique colour schemes. The R dons matte black overalls with gloss black stripes on the tank as well as ‘Black’ branding. The GT has a three-shade paint scheme and hence the name Triple Black.

What remains common on both trims is the black exhaust headers, heat shields and end caps, with a powder-coated black intake cover. And then there’s no manufacturer who pays as much attention to detail as Triumph does. Right from the controls to the fasteners to the mechanical elements, everything is finished in black, truly bringing out the dark, brooding characteristic of the bike. The front mudguard is made from carbon fibre, adding an extra touch of premiumness to the bike’s appeal.

The only contrasting metal-finished/chrome bits are the brake assemblies (for obvious reasons), the side badging and the fuel tank cover and metal stripe.

Mechanically, everything on the Rocket 3 remains intact. The 2,458cc triple still belts out 167PS and 221Nm. That’s an insane amount of torque being put down on just a single wheel. Thankfully, there are tonnes of rider aids and even a chunky Mahindra Scorpio-rivalling 240/50-R16 rear tyre, built by Avon. Fully adjustable Showas and Brembo Stylemas are superbike-rivalling components that one gets on the Rocket 3.

Considering that these are mere cosmetic versions of the standard Rocket 3, expect the premium to be around Rs 25,000-30,000. Currently, the standard R and GT trims are being sold at Rs 18.50 lakh and Rs 18.90 lakh. For the price, there aren’t as many cruisers that can match this Brit brute in performance or hardware. Only the Ducati Diavel 1260 S comes close, the BS6 version of the insane Italian cruiser expected to hit our shores sometime this month.

The Triumph Rocket 3 remains one of the craziest motorcycles to have ever been made, and this limited edition series makes this already unique motorcycle a bit more exclusive. Sure, the dark elements will not be to everyone’s taste, especially to those who don’t like their big bikes understated. Still, there’s no denying the allure of that mahoosive three-pot engine. 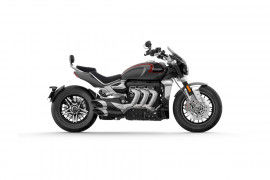 All Comparisons of Rocket 3