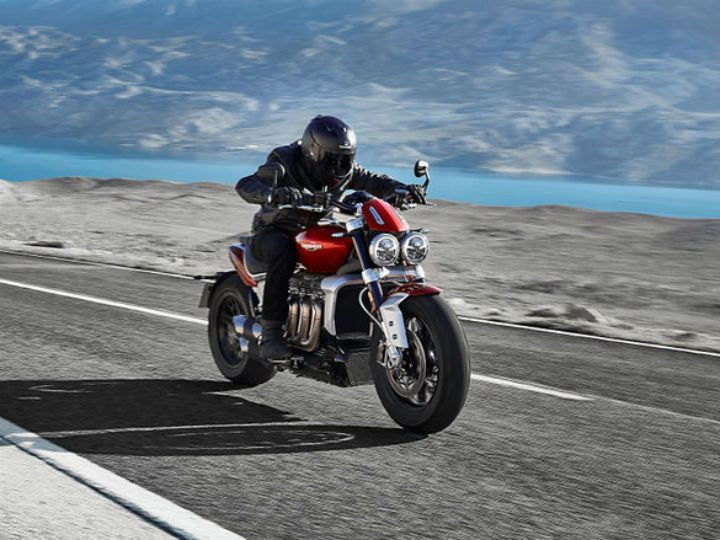 The first batch of 40 Rocket 3 Rs was sold out within the first month of launch itself. Bookings for the second batch are open now with deliveries set to commence by February-March.

There appears to be a high demand for the new Rocket 3 R among enthusiasts since its generational update. The new motorcycle has been designed from the ground up and gets a new frame, new bodywork and motor. It’s new larger and more powerful in-line three-cylinder powerplant has grown from 2300cc to 2500cc. The new motor delivers 167PS and 221Nm of torque! Along with huge power comes a large array of electronics like cornering ABS, traction control, four riding modes, and cruise control. Get more details about the motor here.

All these updates make the new Rocket 3 R a highly potent roadster that is highly desirable among enthusiasts.

21st January 2020, New Delhi: Iconic British premium motorcycle brand Triumph Motorcycles has started deliveries of its flagship motorcycle – the Rocket 3 R. The first deliveries of the legendary motorcycle commenced today, within just a month of launching the product at an illustrious ceremony in Goa last month.  The Triumph Rocket 3 R is a style statement; a superior piece of motorcycling technology that ups the ante in the premium motorcycle segment in the country. The delivery of the first set of Rockets will commence in January in Delhi, Pune, Chandigarh, Mumbai, Hyderabad, Ahmedabad, Bangalore and Kochi with the second batch of the motorcycles being delivered in February and March.

Speaking on the occasion, Mr. Shoeb Farooq said: “We’re glad to kick-start the deliveries of this Rocket 3 R. We’ve had an astounding demand to bring the product in the country and an even amplified response to the bookings. I’m glad to say that the first batch of 40 Rocket 3Rs- that are coming to India have been sold out. Keeping in mind the enthusiastic response we are receiving for our flagship motorcycle, our next action is to carry out the deliveries well within time”.

The Rocket 3 R gets its power from an in-line three 2,500 cc mill that churns out 167PS /165 bhp of peak power at 6,000 rpm and 221 Nm of peak torque at 4,000 rpm. The torque figure is the highest of any production motorcycle and also, 71%  more than its closest competitor. The Rocket 3 R has an incredibly imposing poise & stance and an unmistakable silhouette that contributes to the ultimate roadster’s commanding road presence.

The Rocket 3 R is available in India in two paint schemes – Korosi Red and Phantom Black and is priced at INR 18,00,000 lac ex-showroom.